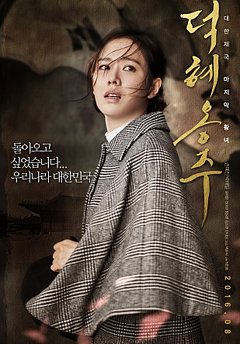 The historical epic "The Last Princess" hit the 5 million mark in cinema attendance as of Wednesday.

It became the seventh film this year to attract more than 5 million viewers after "Train to Busan", "A Violent Prosecutor", "Captain America: Civil War", "The Wailing", "Operation Chromite" and "Tunnel".

The film, directed by Heo Jin-ho, is an adaptation of the bestselling novel of the same title. The movie follows the ill-fated life of Princess Deok-hye, the last princess of the Korean Empire who was forced to move to Japan under the Japanese colonial rule.

"Tunnel", which hit theaters on Aug. 10, one week later than "The Last Princess", is also on the path to becoming a smash hit. It drew 1 million viewers in three days, 2 million in five days, 4 million in 10 days and 5 million in 12 days.

"Tunnel" is scheduled to open at 15 theaters in Australia and New Zealand on Thursday and 36 theaters in Canada and the U.S. on Friday. It will also be released in two theaters in Britain on Sept. 2.

It revolves around an ordinary man who gets trapped in a collapsed tunnel.

"'The Last Princess' Breaks 5 Million-Viewer Mark"
by HanCinema is licensed under a Creative Commons Attribution-Share Alike 3.0 Unported License.
Based on a work from this source