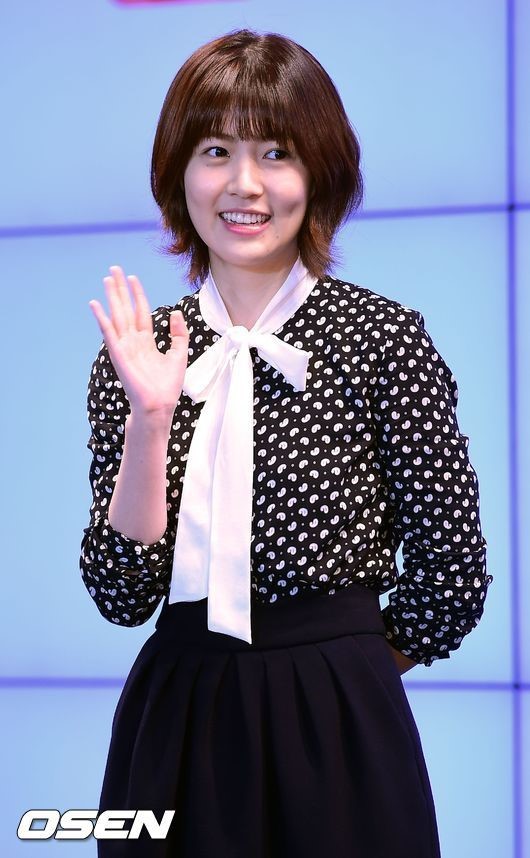 Actress Shim Eun-kyung sang Lee Seung-gi's song 'Because you're my girl' in front of him during a retreat with actors and staff of their movie 'The Princess and the Matchmaker'.

It was a great surprise for everyone when the prelude started playing because the song she was going to sing was her co-star Lee Seung-gi's song. She improvised the lyrics a little bit into 'Because oppa, you're my boy'.

The one who was happiest among the crowd was Lee Seung-gi of course. He went up the stage and helped her standing behind her waving his hands.

Shim Eun-kyung, who proved herself as a marketable actress with her roles in 'Sunny - 2010' and 'Miss Granny', and Lee Seung-gi, who grabbed a movie title role twice in a row since "Love Forecast" will co-star as Princess Song-hwa and Joseon's top The Princess and the Matchmaker consultant Do-yoon respectively.

The production company, Jupiter Film began filming 'The Princess and the Matchmaker' at 9:09 on September 9th, a lucky day chosen based on the science of divination, to match the concept and the culture of the movie.