'The Sound of a Flower' Still images for Suzy unveils 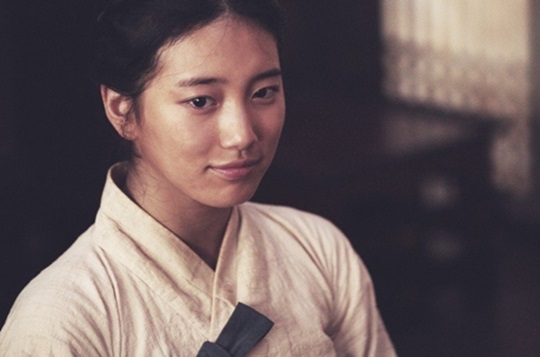 'Suzy"s still images from "The Sound of a Flower" have been revealed.

A still image of Suzy has been uploaded on an online community, which features her as the lead for the film, "The Sound of a Flower".

In the photo, Suzy is sitting elegantly, dressed in a simple hanbok. However, you cannot find her previous image as Miss A member, Suzy, whose skin was pure and bright. Instead she exposed her dark tanned face without any makeup.

Suzy 's second screen appearance, "The Sound of a Flower" is based on the real story of the master pansori singer, Sin Jae-hyo (Ryu Seung-ryong) and his apprentice, Jin Chae-seon (Suzy), who later became a master woman pansori singer.

Suzy took on the spunk and spirited character and commented after the completion of filming, "During the four months I have been living as Jin Chae-seon, although it has been tough for me, I have been happy as well. Since I tried harder than ever to show other aspects of me, I'd like to ask you to expect a good result".

After the still image was released, netizens said, "Should you look like that if you're a pansori singer?" "Is she really Suzy?" "When would we be able to see the movie" "I'm still happy for her, nothing can defy her beauty" "It seems Suzy will be greatly successful as an actress. I'm excited with the film" and so on.

Through the brilliant cast of Ryu Seung-ryong, Suzy, and Song Sae-byeok, "The Sound of a Flower" will portray the hidden story of the top master pansori singers, who actually existed during the Joseon era. Its captivating story and beautiful pansori melody were amalgamated in to the new period film. It will be released soon after the last stages of the production have been completed.