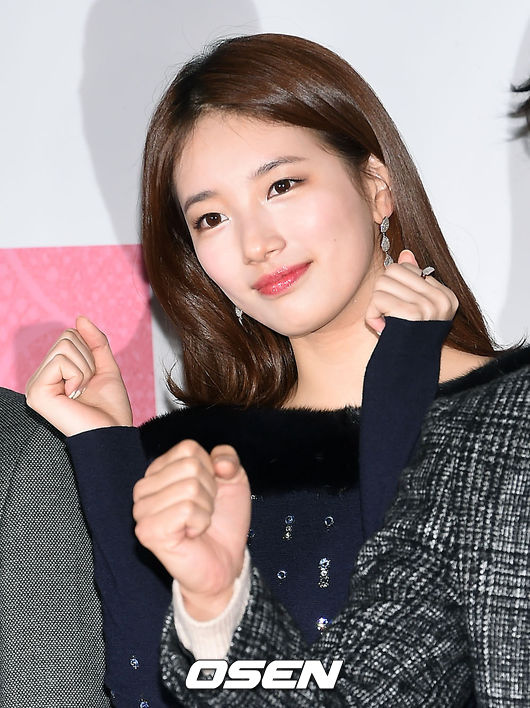 "The Sound of a Flower" is the untold story about a pansori master Sin Jaehyo (Ryu Seung-ryong) and the first female pansori singer Jin Chae-seon, who went against the taboo that women were not allowed to perform pansori.

The movie discovered the dramatic hidden story from the past and created the beautiful and traditional Korean period drama in such a sophisticated and refined cinematography and through the powerful acting performances by devoted actors.

As they have been receiving heated reaction from the media and the audience who participated in the preview screening, the team hopes they will bring up more excitement about the movie by meeting their fans in person on stage as the movie is about to be released.

"'The Sound of a Flower' Suzy to go on stage greeting to meet audience in person"
by HanCinema is licensed under a Creative Commons Attribution-Share Alike 3.0 Unported License.
Based on a work from this source