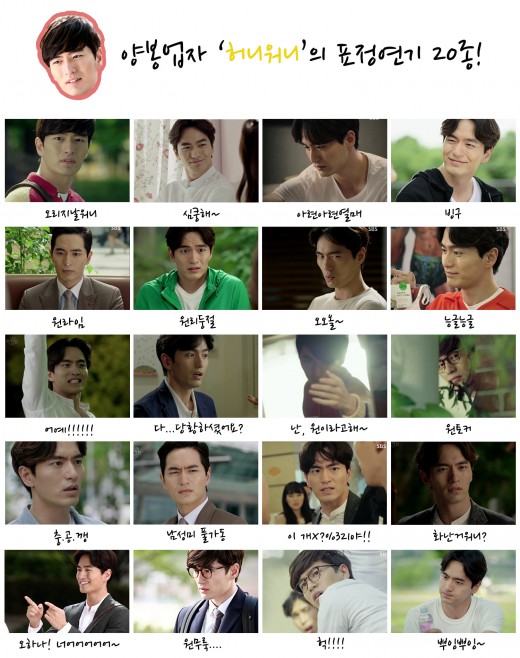 A collection of still images that captured Lee Jin-wook's swoon-worthy moments has been released.

Lee Jin-wook is currently starring in SBS' weekend drama, 'The Time I Loved You', as the pure-hearted guy, Choi Won, who has been hiding his loving heart towards his female friend Oh Ha-na (Ha Ji-won) for the last 17 years.

The still images from the six episodes in total, which have been aired so far, have captured Choi Won's happiness and anger, and sorrow and pleasure.

From his honey-sweet stares to his manly charismatic presence as well as rom-com's best necessity, funny facial expression, the images provide such entertainment.

Meanwhile, the 12th episode aired the ending scene where he was crooning "Can I start Loving You from now on?" to confess his love. 'The Time I Loved You' is aired at 10 PM every Saturday and Sunday.