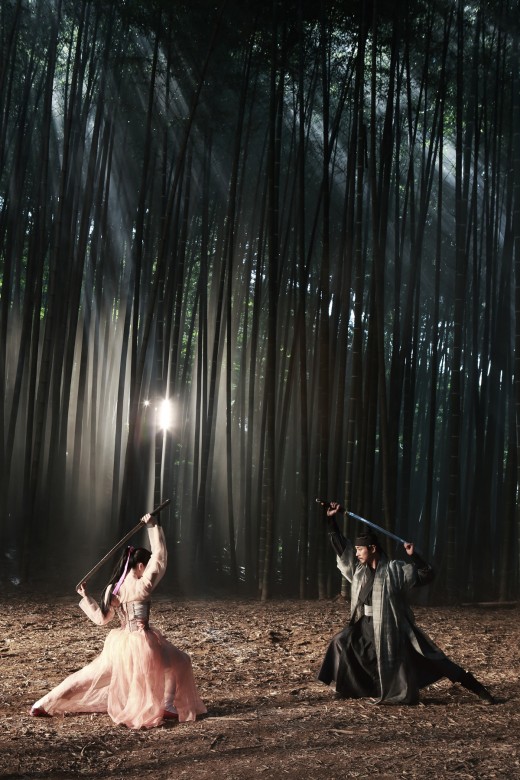 Movie, "The Treacherous" has released its first unpublished still images.

The released images show the scene, where the unprecedented treacherous subject, Im Soong-jae (Ju Ji-hoon) is training the selected one of the ten thousand beauties, Dan-hee (Lim Ji-yeon) in order to seduce King Yeonsan.

The sword training session in the set of the bamboo forest, and the sunlight shining through the light fog create such a picturesque scene.

The cold fatal vibe between Im Soong-jae (Ju Ji-hoon) and Dan-hee (Lim Ji-yeon) with the swords aimed at each other bring up the high expectation on the unrevealed story and the fate of the two.

"The Treacherous" depicts the power struggle between the treacherous subjects, who tried to control King Yeonsan by presenting him ten thousand beauties in the 11th year of King Yeonsan's reign. 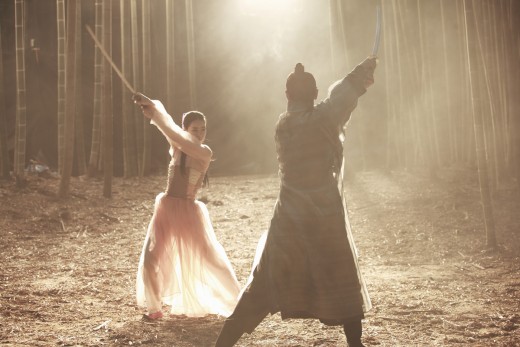