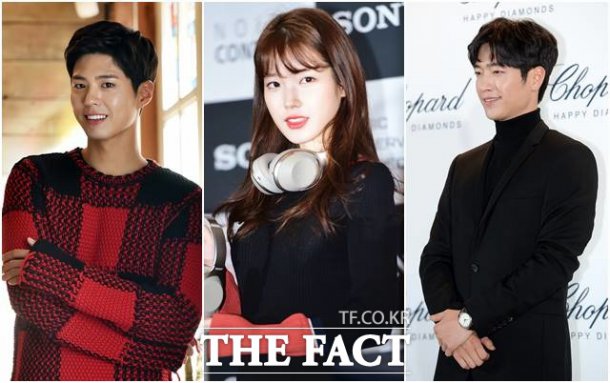 This year is the Year of the Rooster and The Fact rounded up a list of celebrities who were born in this year.

There are several stars who were born in 1993. Park Bo-gum who was in the KBS 2TV drama "Moonlight Drawn by Clouds" last year, debuted in 2011 with the movie "Blind". He's been in a steady number of movies and dramas since then and was tagged 'the successful drama maker' with "Answer Me 1988". Park Bo-gum plans on meeting his fans before starting a new drama.

IU is also a 1993 born. She didn't start the year on a happy note as she was swept away in a scandal with Lee Joon-gi who she starred in "Scarlet Heart: Ryeo" with and she also broke up with her boyfriend Chang Kiha. However, she's going to have better days.

Surprise member Seo Kang-joon was also born in 1993. He starred in the tvN drama "Cheese in the Trap" and "Entourage" as also starred in TV shows such as "Law of the Jungle". 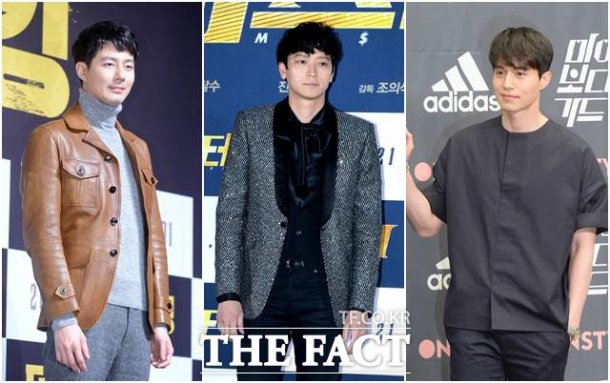 Gang Dong-won starred in movies "The Master" and "Vanishing Time: A Boy Who Returned" last year. He is now filming a movie called "Golden Slumber" which is based on a Japanese novel about an ordinary man who is pointed out as an assassin overnight. The cast are Gang Dong-won, Kim Eui-sung, Kim Sung-kyun, Kim Dae-myung and Han Hyo-joo.

Lee Dong-wook also hit home run. He starred in the drama "Goblin" as a Death Angel. The long coat he wore in the drama have all been sold out. He's going to be busy in 2017 as he's been getting love calls from agencies and advertising companies.

"'The Year of the Rooster' babies Jo In-sung and Park Bo-gum "
by HanCinema is licensed under a Creative Commons Attribution-Share Alike 3.0 Unported License.
Based on a work from this source