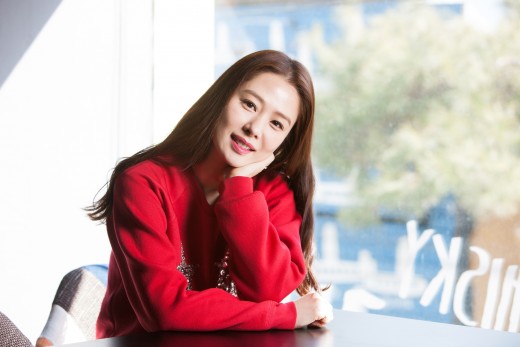 Actress Kim Hyun-joo is returning to small screen with her roles in SBS' weekend drama.

Kim Hyun-joo will play twin sisters, Do Hae-gang, a corporate lawyer for a pharmaceutical company, as well as her twin sister, Dok-go Yong-ki, an assistant manager of accounting department, who has been working for 10 years for the company. She will challenge to play double roles for the first time since she debuted.

"I Have a Lover" tells the story about a woman who has lost her memories and then encounters her husband, whom she hated to death, and falls in love with him. At a cliff of her distressed life, a twin sister finds her long lost twin sister in 30 years. The life makeover story of twin sisters will be aired in August after the completion of 'The Time We Were Not in Love'.

"'This is Family' actress Kim Hyun-joo is back to play duel roles in SBS' new weekend drama 'I Have a Lover'"
by HanCinema is licensed under a Creative Commons Attribution-Share Alike 3.0 Unported License.
Based on a work from this source