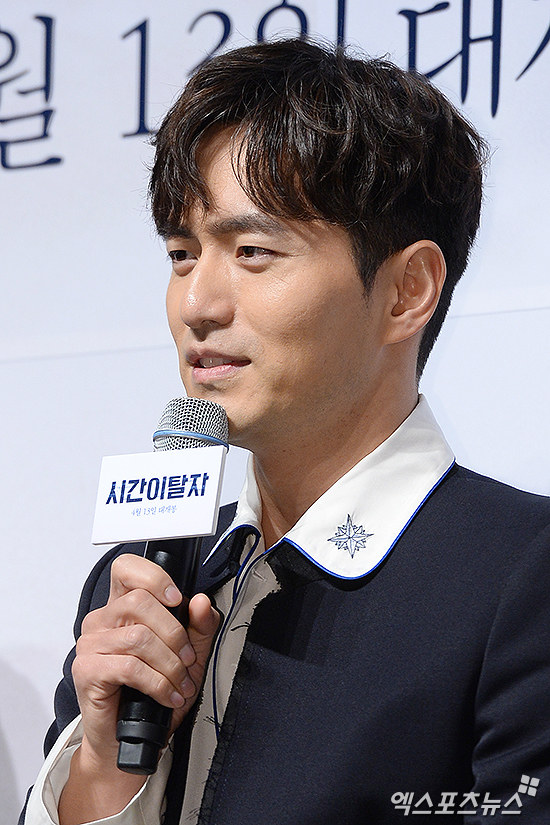 Lee Jin-wook talked about his kiss scene with Im Soo-jung filmed in the first shooting of 'Time Renegades'.

In 'Time Renegades', Lee Jin-wook appears as Geon-woo a detective of a serious crime unit living in 2015. Lee Jin-wook said, "I filmed a kiss scene with Im Soo-jung as soon as I met her in the first shooting of the movie. I know this story goes a little personal here, but it was an honorable moment for me".

He added, "She actually shined when the twilight reflected on her. It is supposed to be all mine, but I want to share the moment a little bit with all the audience".

Two men, one living in 1983 and another in 2015 witness a woman's death, whom both of the men love, and the two men fight together desperately in order to save her life. 'Time Renegades' is open on April 13th.

"'Time Renegades' Lee Jin-wook says "Kiss scene with Im Soo-jung in the first take... feeling honored""
by HanCinema is licensed under a Creative Commons Attribution-Share Alike 3.0 Unported License.
Based on a work from this source