'War of the Stars' This Fall 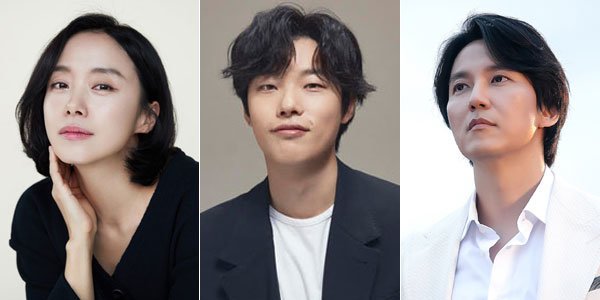 This fall, the 'War of the Stars' is expected to take place at the home theater. Stars who usually belong on the screen, including Jeon Do-yeon, Ryu Jun-yeol, Kim Nam-gil, Choi Wooshik and Kim Da-mi, will all return with dramas. Expectations are already rising as people, who were rarely seen in broadcasting stations, are preparing to stand in front of viewers one after another.

Jeon Do-yeon will return to JTBC's "Lost" five years after tvN's "The Good Wife". She plans to portray Ryu Jun-yeol and her love story. Ryu Jun-yeol also made his first comeback in five years since MBC's "Lucky Romance" in 2016.

The production team has been making headlines since the 12th, about two months before the airing, by releasing promotional videos featuring colorful cast members.

Kim Nam-gil is preparing for two dramas ahead of the release of leading films such as "Emergency Declaration" and "A Man of Reason". SBS's "Through the Darkness" is scheduled to air at the end of the year, and OCN's "Island - Drama" is being planned to air next year. He plays a profiler chasing a serial killer and exorcist in respective dramas.

Choi Wooshik and Kim Da-mi, who are considered 'rising stars' will draw youth romance on SBS' "Our Beloved Summer" which is scheduled to air in December. These two co-starred in the movie "The Witch : Part 1. The Subversion" in 2018, and were once again cast side by side, drawing attention.

The prevailing view is that actors who have shown their presence in movies are affected by COVID-19. In the aftermath of the spread of the pandemic, many films have became unclear, and actors are responding to the casting of dramas that are relatively stable.

Movie directors' challenges in directing dramas also seem to have contributed to the trend. Director Heo Jin-ho and director Kim Jee-woon will direct their first dramas with "Lost" and Apple TV Plus "Dr. Brain" respectively. Jeon Do-yeon and Lee Sun-kyun, the main characters of each drama, are also known to have decided to appear due to their relationships with the directors.