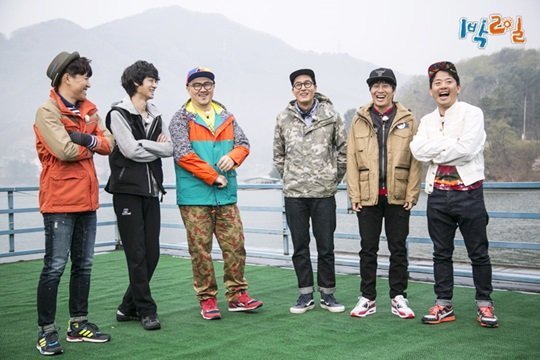 After a rebroadcast of "1 Night, 2 Days" on the morning of November 5, a special episode in honor of the late Kim Joo-hyuk aired.

Last month, Kim Joo-hyuk passed away from a car accident at the age of 45. The news of his sudden death rocked Korean and international fans, his family, his co-workers, and his friends. Many stars attended his funeral and the public continues to mourn his passing via SNS.

Kim Joo-hyuk was particularly well-known as a member of the popular entertainment show, "1 Night, 2 Days" where he had a deep bond with Cha Tae-hyun, Defconn, Kim Jun-ho, Kim Jong-min, and Jung Joon-young. Kim repeatedly said that his appearance on the show gave him energy and helped him get over his acting slump.