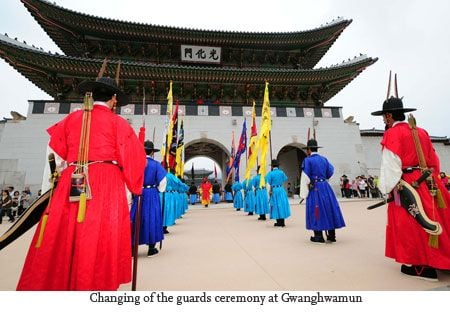 Gwanghwamun, the main entrance to Gyeongbok Palace and one of Korea's representative symbols, was unveiled on Aug. 15 after more than three years of renovations.

The unveiling came in time for the G20 Seoul Summit inNovember, as well as the 65th anniversary of the country's liberation from colonial Japan in 1945; it thus holds great symbolic importance: built in 1395, the gate was destroyed during a 16th-century Japanese invasion.

Though later reconstructed, its location was shifted during Japanese colonial rule.

Criticism arose over the craftsmanship of the iconic edifice's nameplate as cracks began to form on the surface, and the national heritage administration decided Tuesday to replace it. 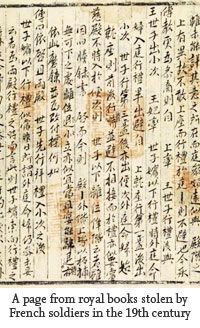 French President Nicolas Sarkozy agreed in November to return ancient royal Korean documents that French troops looted during a 19th-century attack, though on a permanent lease contract that is to be renewed every five years.

The agreement settles an issue that had been pending for 19 years. The books are currently stored at the National Library of France in Paris.

In 2010, Korea lost spiritual props in Buddhism, fashion and entertainment.

Ven. Beop Jeong, one of the most highly revered Buddhist monks in the country, passed away in March. He is noted for his books and essays, sharing lessons he learned from Buddhism.

"Poverty that is made by choice is not poverty at all", he wrote in "Musoyu", one of his most popular books. After his death, his books all sold out at local bookstores.

The pioneer designer was considered an ambassador of Korean fashion to the world. He held numerous fashion shows known for their distinct venues, such as amid the Egyptian Pyramids, and for featuring top actors and actresses such as Kim Hee-sun.

Hallyu, or Korean wave, star Park Yong-ha took his own life in June, with fans in Korean and Japan grieving the loss. 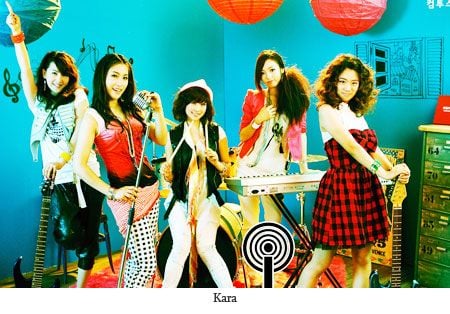 K-pop girl groups like Girls' Generation and Kara had a successful year not only in Korea but also in Japan.

They were both chosen for the top 10 artists by "Music Station" of Japan's Asahi TV and topped the Oricon Chart in the newcomer section. According to the chart, Kara earned some 18 billion won in the neighboring country, while rival Girls' Generation gained 12 billion won. 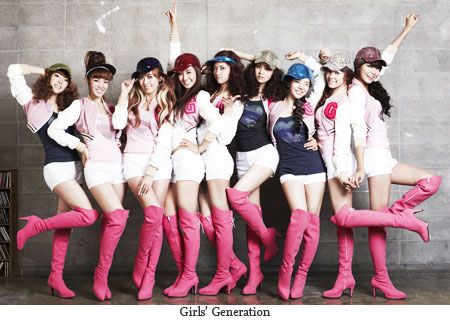 Kara's first single in Japan, "Mister", entered the Oricon Chart in August and their "hip dance" also garnered a following. Girls' Generation released "Genie" in September, followed by "Gee". The nine-member girl group reached No. 2 on the Oricon chart, becoming the first non-Japanese Asian group to do so, and the second foreign female group in 30 years.

Unlike the previous craze, led by actor Bae Yong-joon in "Winter Sonata", that attracted Japanese women in their 40s and 50s, the new hallyu expanded to younger fans. 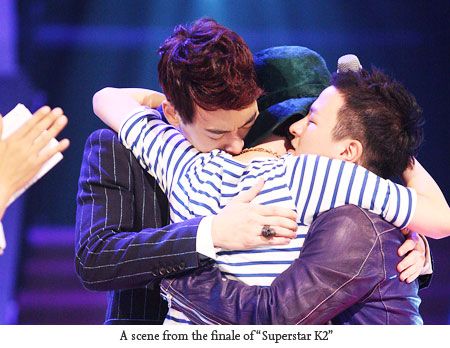 "Superstar K2", a talent show that aired on cable channel MNet from July to October, swept the nation and Huh Gak, the program's winner, became a hero of the people.

More than 1.3 million applied for auditions and an average of 700,000 votes were texted to the show, per episode.

The show brought the personal background of the candidates to the stage as contestants told the viewers why they wished to become a singer, differentiating it from other Korean talent shows.

Huh, who worked as a ventilator repairer, won first place with only his vocals to become a national figure. He successfully released a single "Always", the song brought him victory at the finals.

Other finalists made the top 10 list of online music charts, with John Park's "I'm Your Man" and Jang Jae-in's "Please" proving popular.

Any given movie industry around the world touts flawless, youthful beauty, but the Korean cinema scene this year has seen the emergence of more mature heroines, highlighting the grace and wisdom that come with age.

Three Korean titles that screened at Cannes in May featured unforgettable elderly heroines.

The 1960s screen queen Yoon Jung-hee, 66, made a comeback after a 17-year hiatus in Canne's Best Screenplay Award-winning piece "Poetry" by Lee Chang-dong.

Youn Yuh-jung, 62, was also noted for her supporting role opposite Cannes Best Actress laureate Jeon Do-yeon in "The Housemaid - 2010". 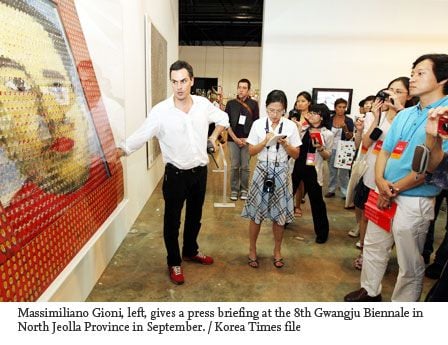 The viewing crowds have had an aesthetic feast in 2010 - the year of local biennales. Korea's largest art event, Gwangju Biennale, was headed this year by Massimiliano Gioni (recently named the associate director of New Museum), while Media City Seoul brought to light a number of locally and internationally-recognized names.

The return of rotating exhibitions to the Leeum Samsung Museum of Art also catalyzed the year's latter half of exciting showcases.
On the other hand, the local art market fell further in the face of recession, with a mere $99.8 million of artwork sold abroad - down 65 percent from last year's $281.7 million.

The Korea International Art Fair 2010 saw an increase of some 20,000 visitors from the previous year, although not all were satisfied with the buying turnout: Damien Hirst proved one of the few steady streams of purchases. 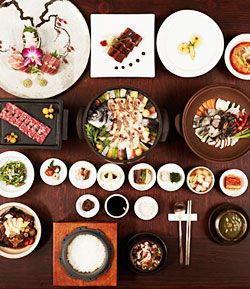 Acclaimed American broadcaster PBS filmed the new "Kimchi Chronicles" in 2010, hosted by Marja Vongerichten, to be aired next year.

New York's Times Square was further exposed to the cuisine via a new commercial for "bibimbap" (mixed vegetables and rice) that features non-verbal dancing and traditional percussion.

The advertisement was created by MBC's "Infinite Challenge" program.

CJ Foodville jumped on the bandwagon early this year with its new restaurant "Bibigo" (now in Seoul, Los Angeles, Beijing and Singapore).

Though the approach of how to promote hansik has varied from company to organization - fast-food or high-end cuisine - the national food has slowly made its way outward into the Western world. 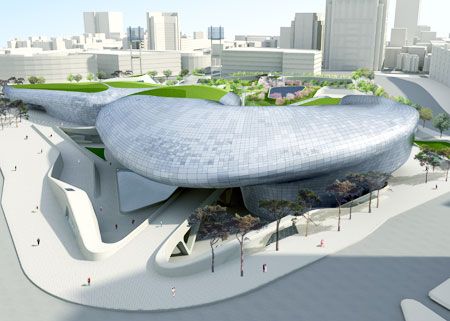 The capital of South Korea became the first elected World Design Capital (WDC) in 2010 - hosted by the International Council of Societies of Industrial Design (Icsid) - following the inaugural pilot choice of Torino in 2008.

Goals for the city included a number of initiatives, design competitions, a youth-oriented camp, and hopes to complete the Dongdaemun Design Plaza (designed by Zaha Hadid). Although the construction of the centrally-located park and plaza was not completed, gallery halls and other portions have been opened to the public.

Following in the footsteps of the WDC, a number of design fairs rounded out December, including the Public Design Expo, the Craft Trend Fair, and the innovative Design Made, organized by the revamped Korea Craft and Design Foundation. 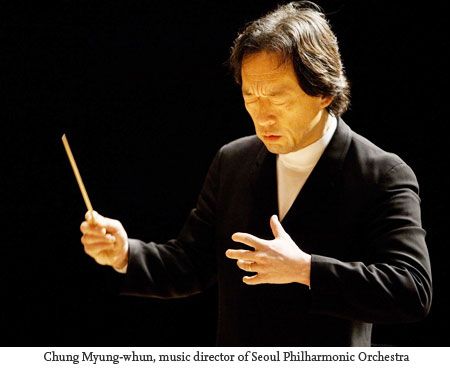 Western classical music, though imported not too long ago, is much loved here - every major city is represented by a metropolitan orchestra and fans await tours by prominent foreign musicians.

This year Korean artists have seen impressive success overseas, sharing what the local classical music scene has to offer.

In May and June the Seoul Philharmonic Orchestra, led by Maestro Chung Myung-whun, made successful tours of Italy, Germany, the Czech Republic and Russia. Though many Korean ensembles perform overseas, it was the first time that one gave such an extensive tour while competing in the box office alongside prominent European draws.

"10 moments in culture"
by HanCinema is licensed under a Creative Commons Attribution-Share Alike 3.0 Unported License.
Based on a work from this source