2 Films About N.Korea's Grim Reality on Release in Seoul 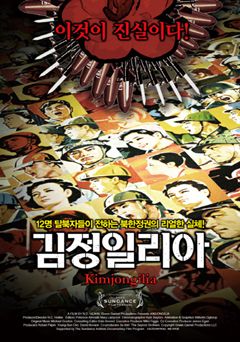 Two films about North Korea that feel almost surreal in their portrayal of the miserable reality there are being shown in South Korea. One is a documentary titled "Kimjongilia" by American director N.C. Heikin, which deals with the violation of human rights by the Stalinist state based on testimonies of 12 defectors, including the Chosun Ilbo journalist Kang Chol-hwan, who was at one time held at the notorious Yodok concentration camp.

The title refers to a particularly hideous red begonia named for North Korean leader Kim Jong-il, large displays of which form the background to many propaganda events. The film won awards at the 2009 Sundance International Film Festival and the One World Best Human Rights Documentary Film Award in the Czech Republic in 2010. It was released on June 23.

The other is "Winter Butterfly", directed by defector Kim Gyoo-min-I based on his life in the North. It is a story of a mother who is driven mad by hunger and kills and eats her son. Reviewers say the film shows how far human dignity can fall in such extreme circumstances. It is released on July 7.