2 guys and a girl dream of escape "Fruitless" 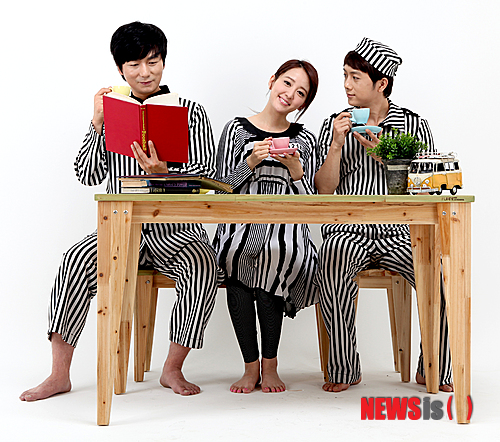 Theater producer and movie director Jang Jin (41) is going on stage with "Fruitless".

According to Adam's Face and performance production and culture creative organization Suda, "Fruitless" will be on stage from the 2nd of September at the Dongsoong Art Center.

Despite the odd things that happen around the prison, Kim Won-hae and Lee Chul-min take turns acting out the prisoners who continuously saw at the bars, dreaming of escape. The new-bee prisoner will be acted out by Kim Dae-ryeong and Lee Jin-oh.

Played by Lee Se-eun and Song Yoo-hyeon, the mysterious female prisoner lost all of her memories due to shock but is the only one who knows the way out.

Producer Jang breaks down the walls between theater and movie to express the 7-star prison on a different scale. He installed 5 camcorders and 10 monitors on stage which records everything in live-time like CCTV's.

In small theaters, a circular stage has been set up, closing in the stage and the audience so that they feel like they are in a real prison.

"2 guys and a girl dream of escape "Fruitless""
by HanCinema is licensed under a Creative Commons Attribution-Share Alike 3.0 Unported License.
Based on a work from this source