Just like the results on year-end awards ceremonies, no choice will be supported by everyone. A drama cannot be considered 'better' just because more people have seen it nor can it be considered 'proper' just because more people like it. The drama, director, writer and actor of the year picked by the reporters and critics of 10Asia are strictly based on personal taste. The value of KBS TV series "The Slave Hunter" will not diminish just because KBS drama "Sungkyunkwan Scandal" beat it out by one vote to take the title of drama of the year. And the fact that while last year, actress Go Hyun-jung received an overwhelming number of the votes for her role in MBC's "Queen Seon-deok" for best actress, but that this year Jang Hyuk and many other names were mentioned, may be proof that the Korean drama industry depicted on a larger variety of people. But one thing 10Asia can tell you for sure is that our writers have observed and loved Korean dramas during the past year like no other. So please, just sit back and enjoy. 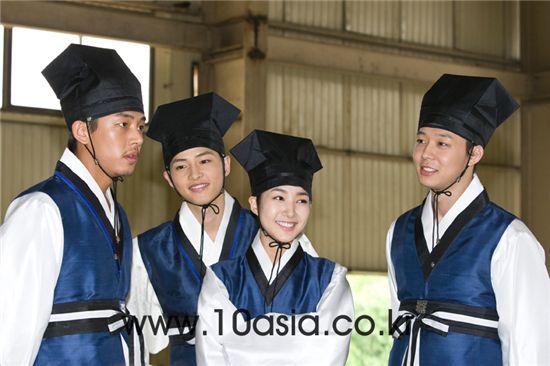 KBS TV series "Sungkyunkwan Scandal" may be "not the most well-made drama but most meaningful drama" (Yoon Hee-seong) of the year. It was "a drama which poised the most fundamental questions about attaining one's dreams in times when it was not easy to speak of dreams without taking the detour of dysphemism through naiive hypocrisy or coolness and that too with a rarely seen balanced and clean, unmade-up face" (Beck Una). And like the expression that it "repeatedly asked about principles, the times, revolution and intellect while presenting itself as romantic up-and-coming story on the outside -- 'the discovery of the year' that nobody had anticipated" (Cho Ji-young), Kim Yoon-shik, no, Kim Yoon-hee, was a blow not only on the Confucian scholars at SungKyunKwan Academy but also to viewers and critics. Of course, it is true "the latter half was shaky and the story not in a homogeneous state at moments" (Kang Myung-seok) among other flaws the show had, but the assessment that it was "that heterogenous energy that created a space amidst its structure of being a young, historical and political drama" (Kang Myung-seok) also holds valid. More than anything, the fact that the drama poised sincere questions about the way we live the world, and that too at the younger generation through young people, was an attempt that for a change enlightened the lethargic times. That is why the most honest opinion on "Sungkyunkwan Scandal" may be that "many dramas make the viewer laugh or cry but rarely do they make the heart beat with such passion". (Yoon Hee-seong)

KBS TV series "The Slave Hunters"
Wee Geun-woo (Reporter) A one-of-a-kind creation made up of one-time incidents likely to occur once every ten years. Without question, there will be a drama which is better than "The Slave Hunters" but none will be able to replace it.
Yoonina (TV Critic) A script which goes best with the year 2010 where only sarcasm about current day politics remains.
Jang Kyung-jin (Reporter) It announced the start to the year 2010 through its meaningful narrative and high-quality of execution which captured both ratings and topics.
Lee Seung-han (Reporter) The most intense manifesto on the world and politics that has been written by media.

MBC "Pasta"
Kim Kyo-suk (TV Critic) Of the shower of dramas this year, the drama in which the acting, emotions and details harmonize the best. More than anything, a drama which expressed everyday life most naturally.

SBS "Life is Beautiful"
Jung Suk-hee (Columnist) There is nothing much to be happy about in life, let alone think it's beautiful when you're actually living it. But "Life is Beautiful" was good because there were people who put in an effort to make life beautiful. 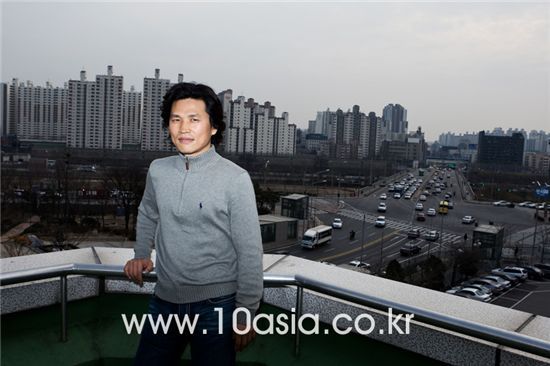 The appearance of KBS TV series "The Slave Hunters" was "an important event in Korean drama history". (Lee Ji-hye) This drama, which was "a big and strong hanging picture drawn by a brush made of hairs of various size, color, texture and quality" (Beck Una) was able to become complete through numerous elements but director Kwak Jeong-hwan has to be considered the most valuable contributor. Through "The Slave Hunters" he proved that he was a director "with the ability to tell of the subject and issues a drama will draw on even with the esthetic mise-en-scene itself". In the scene in particular where Tae-ha, Dae-gil and Chul-woong compete each other amidst fluttering pieces of paper, director Kwak created "a moment which is both esthetic but also visualizes how people with different principles and goals clash" (Wee Geun-woo) and the action sequences in "The Slave Hunters" gained the reputation that they were "good enough to be called the best action scenes of the year alongside those seen in film 'The Man From Nowhere'". (Kim Kyo-suk) "The director's perseverence to go for the impossible created a drama that is unlikely to come about -- a historical drama that is stylish yet researched well enough to reflect reality" (Yoon Hee-seong). And in times when dramas have become commercial products instead of artistic works, Kwak manages to achieve both with "The Slave Hunters". It is true that he failed to meet up to expectations with KBS "Fugitive: Plan B" where he collaborated with writer Cheon Seong-il again, but it will still be worth looking forward to the next move taken by Kwak -- he who "reached what TV dramas had never reached and moved viewers to a new world where power and beauty coexist".

Kwon Seok-jang of MBC "Pasta"
Kim Sun-young /TV Critic The acting and script may have played a big role in allowing "Pasta" to casually unravel the issue of balancing work and love but it was the director who mediated everything in a natural way.
Choi Ji-eun/Reporter The show's director is the reason that "Pasta" was able to go beyond being just a simple melodrama and portray the kitchen as an intense battlefield while reflecting on organizations and leadership.

"[2010 10Asia's Awards] Drama and Director of the Year"
by HanCinema is licensed under a Creative Commons Attribution-Share Alike 3.0 Unported License.
Based on a work from this source