2015 MAMA Sweepstakes Kicks Off with KCON and COM2US 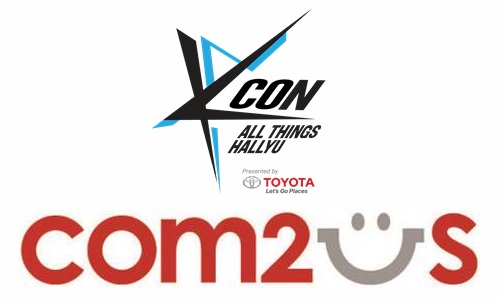 KCONUSA'S COM2US MAMA 2015 Sweepstakes has begun. One lucky fan will win two roundtrip tickets to Hong Kong on December 2nd  with their accommodation paid for by KCONUSA to attend The 2015 Mnet Asian Music Awards (MAMA), the biggest K-Pop award show of the year. The winner and their guest will fly economy class on Asiana Airlines from the United States to Hong Kong on November 30, 2015 and return to the United States on December 3, 2015. In addition to winning a trip to Hong Kong, the winner and their guest will have the opportunity to see their favorite K-Pop stars.

To access the entry form, contestants will have to follow these three steps. Download "Summoners War" onto their mobile device from the app store, create a HIVE ID, and visit the KCONUSA website to enter as a contestant for the sweepstakes.

To enter, fill out the entry form at www.kconusa.com. The sweepstakes has already begun and will run until November 20th at 11:59pm PST. Only U.S residents that are 13 years of age or older are eligible to enter. Winners will be announced on Wednesday, November 25th on the KCONUSA website.

Links to the official KCONUSA'S COM2US MAMA 2015 SWEEPSTAKES can be found here.  Fans can visit www.kconusa.com for more information and to sign-up for a newsletter, receive the latest KCON news and buy tickets to the conventions and concerts.

"2015 MAMA Sweepstakes Kicks Off with KCON and COM2US"
by HanCinema is licensed under a Creative Commons Attribution-Share Alike 3.0 Unported License.
Based on a work from this source