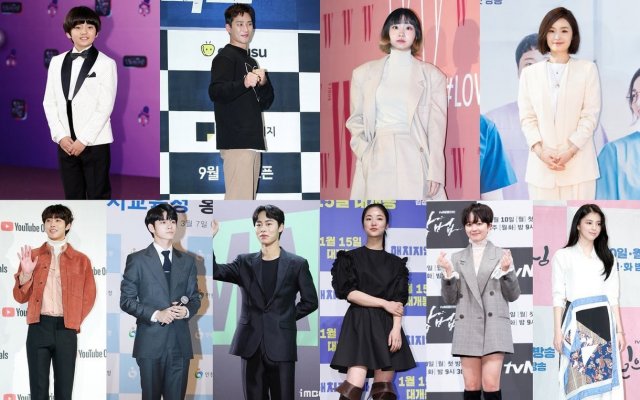 Which person who shone in the past year will be picked? The competition among rookies to win the coveted Rookie of the Year trophy is fierce, as it is a once in a lifetime win during these 56th Baeksang Arts Awards, which are more intense than ever.

The competition for the Rookie of the Year award is fierce, but officials say it is especially so this year. Since the final candidates were unveiled, people are saying it doesn't matter who gets it now. Ten male and female actors with less than three casting experiences were selected as finalists.

The winners of the previous Baeksang Arts Awards rookie category, also known as the 'rookie appointment', were Kim Nam-gil, Joo Won, Im Si-wan, Ryu Jun-yeol, Kim Go-eun, Yang Se-jong and Kim Hye-yoon. Who will be able to carry on the genealogy this year? 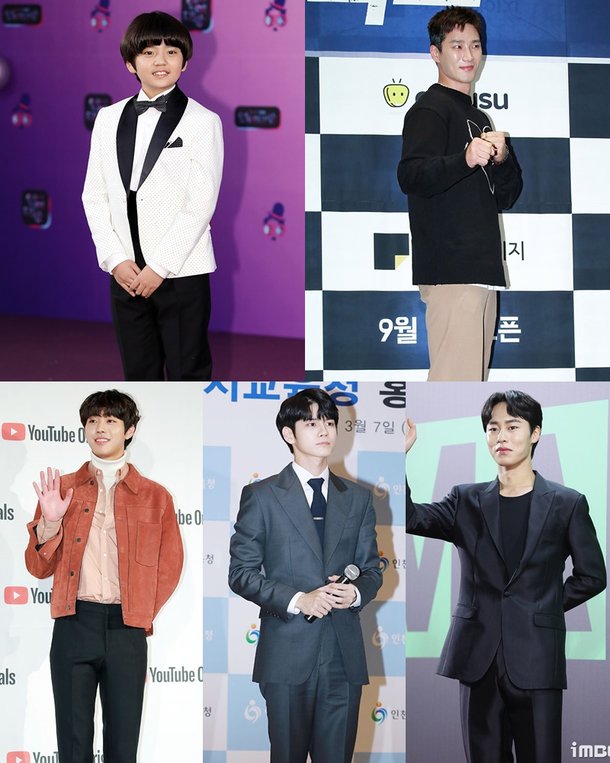 Kim Kang-hoon is considered one of the best child actors with a promising future. His acting in "When the Camellia Blooms" as Pil-goo was so outstanding, many grown-ups had to learn from him. Many actors appeared in the drama, but the response was so hot that everyone picked Kim Kang-hoon as the most impressive character. He was so impressive that he could stand shoulder to shoulder with regular actors, and not just as a child actor.

The development of Ahn Bo-hyun, who has been nominated for the Rookie of the Year award for his gruesome villain role in "Itaewon Class", is also great. He stood tall with his uninterrupted acting as he went through the difficult process from becoming a boxer to becoming an actor. He was even mentioned for Best Supporting Actor for his extraordinary presence and was finally selected as a candidate for the Rookie of the Year award in accordance with the standards of the secretariat.

Ahn Hyo-seop who grew with his character in the drama with "Dr. Romantic 2", was also outstanding. After making his name known as a rookie with outstanding visuals, he received rave reviews with Han Suk-kyu and others for his own style of acting. He has been reborn as a top actor who receives many scripts and his next film is also a matter of everyone's interest.

Having debuted as part of Wanna One and established himself as an actor, Ong Seong-wu is the standard of a next-generation 'idol actor'. He played the main character since his first film and played Choi Joon-woo in "A Moment at Eighteen". Choi Joon-woo was as if Ong Seong-wu found his perfect fit. There was no controversy over the acting ability of this idol-turned-actor after taking the first lead, and his first step led him to more films and dramas.

Lee Jae-wook came up one step at a time. He started his first act with "Memories of the Alhambra" and "Search: WWW". He made his face known with "Search: WWW" and peaked in "Extraordinary You" with his striking visuals and stable acting. He has proved a wide spectrum of works over a year. 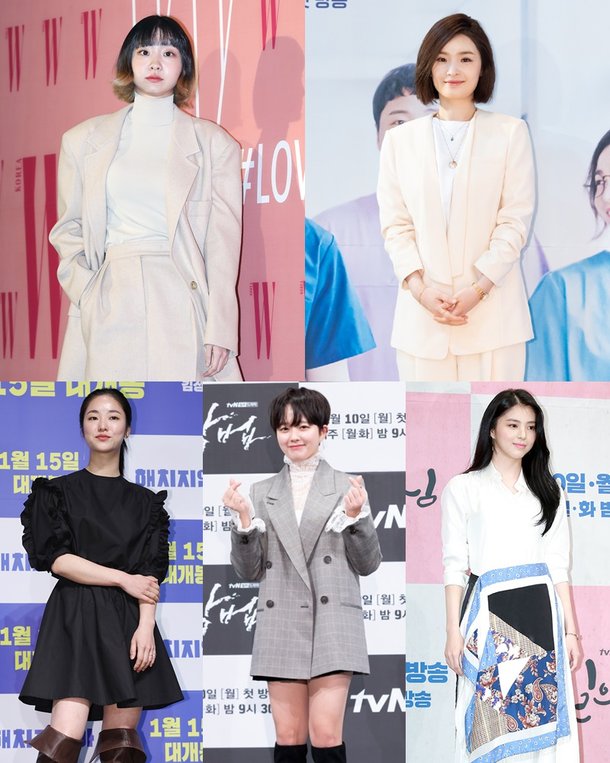 - The actress candidates without objection

Competition in the women's sector is especially fierce. Kim Da-mi, who made her debut with the movie "The Witch : Part 1. The Subversion" and swept various film festival rookie awards that year, hit a home run with her first drama, "Itaewon Class". Not only was her acting great in film, but also her drama performance was very good, which satisfied the public with her first movie and first drama. It is anticipated if she will win the Baeksang Rookie Award for "Itaewon Class", since she didn't get it for "The Witch : Part 1. The Subversion".

Though unfamiliar with the TV screen, Jeon Mi-do, already a big actress in the musical world, has been nominated for the Rookie of the Year award for her first drama, "Hospital Playlist". It is absurd to even discuss acting skill with Jeon Mi-do. It's even more surprising that she's playing a tone-deaf character. A veteran in the musical industry, she is also a rookie in the drama category. As a result, the trophy is more coveted.

Jeon Yeo-bin discovered the jewel of melo. She has already captured the hearts of critics with the movie "After My Death" and is imprinted on the public as a cranky producer in "Be Melodramatic". The delicate acting shown in "Be Melodramatic" and her harmony with her co-stars make it hard to believe she's a rookie.

Jung Ji-so, who first appeared as the eldest daughter of Lee Sun-kyun and Cho Yeo-jeong in the movie "Parasite", played a girl who harms people in "The Cursed". Though her acting was not easy at a young age, she easily pulled it off. The transformation of her acting was such a great success that the eldest daughter of "Parasite" and the girl in "The Cursed" can hardly be seen as the same person.

"The World of the Married", which ended as a ratings record, also ended with the discovery of Han So-hee. The fact that she's known as 'a wretched mistress' means that her acting has been verified. She did not lag behind Kim Hee-ae throughout the drama. Unlike her character 'the mistress', her real personality is gentle and charming. After the drama, she has received the most love calls from the industry.

Meanwhile, the 56th Baeksang Arts Awards will be broadcast live at KINTEX Hall 7 in Ilsan, Gyeonggi Province, from 16:50 on the 5th of next month, and will be held without an audience due to COVID-19.

"2020 Baeksang Arts Awards - Rookie Award Candidates, From Ahn Bo-hyun to Lee Jae-wook and Kim Da-mi to Han So-hee"
by HanCinema is licensed under a Creative Commons Attribution-Share Alike 3.0 Unported License.
Based on a work from this source