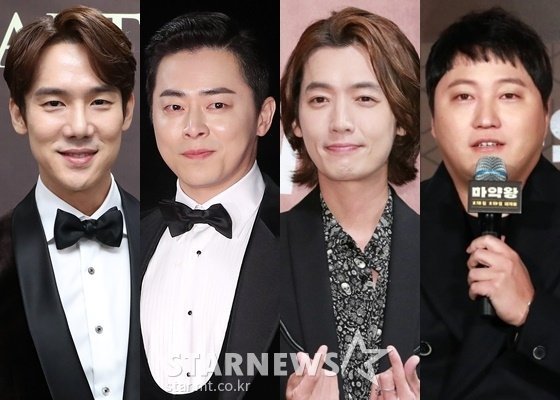 There has been a huge shift in home theaters in 2019; cable and general programming are finally producing results that threaten ground-wave channels. While ground-wave dramas plunged down to 2~3%, jTBC's "SKY Castle" jumped over the 20% wall. tvN and OCN haven't had significant results, but they created several popular dramas such as "Hotel Del Luna", "Crash Landing on You" and "Strangers from Hell".

It has become an environment where platforms for accessing content are diverse, and viewers are no longer dependent on just TV. The boundary between ground-wave, cable networks and general service channels has been drastically torn down, and a full-fledged 'content war' has now begun. tvN, OCN and jTBC have challenged the ground-wave with their strong new 2020 lineup. 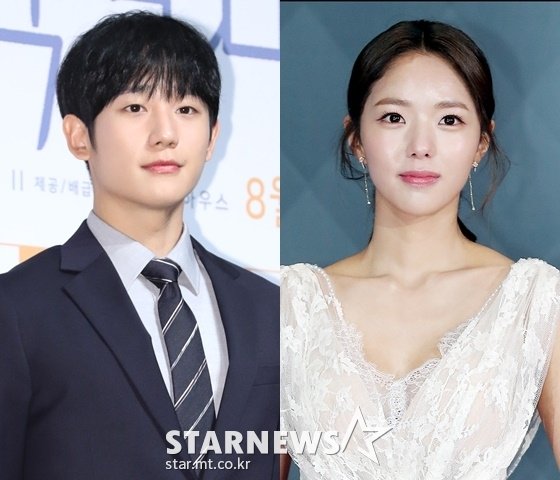 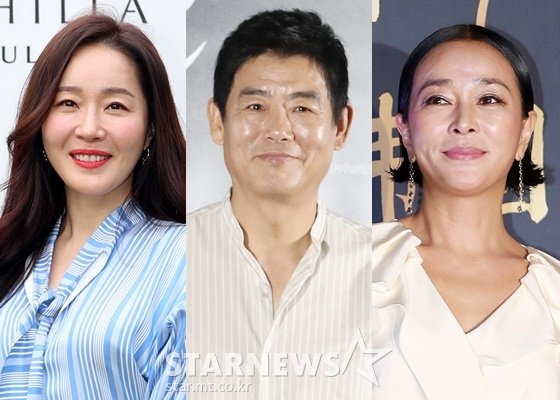 First of all, tvN releases "Hospital Playlist", "A Piece of Your Mind", "Hi Bye, Mama!", "When My Love Blooms", "The Cursed" and "Money Game" in the first half of next year. Go Soo, Lee Sung-min and Shim Eun-kyung's "Money Game" begins on the 15th. It depicts the struggles of those who try to stop a national crisis from happening amidst the worst financial scandal of Korea. "Hospital Playlist" is also known as the downsized version of life, as it tells the story of friends of 20 years and people who live ordinary, yet unordinary lives in a hospital. The line-up includes Cho Jung-seok, Yoo Yeon-seok, Jung Kyung-ho, Kim Dae-myung and more.

"A Piece of Your Mind", which is about an AI programmer and a classical recording engineer, starring Jung Hae-in and Chae Soo-bin, has high expectations. "When My Love Blooms" is a romance drama about the second most beautiful days in life when a woman reunites with her first love, starring Lee Bo-young, Yoo Ji-tae and Park Si-yeon.

"Hi Bye, Mama!" is the drama Kim Tae-hee chose to return with for the first time in 5 years since she got married and gave birth. The leading character in "Hi Bye, Mama!" suddenly dies, but returns to her husband and daughter once again in a 49 days resurrection project. Kim Tae-hee co-stars with Lee Kyu-hyung and Go Bo-gyeol. Uhm Ji-won, Sung Dong-il and Jo Min-soo's "The Cursed" is about a teenage girl who has the ability to bring death by using Chinese characters, names, photos, and belongings, and a just social issues reporter, fighting against the massive evil hidden behind an IT conglomerate called the Forest. 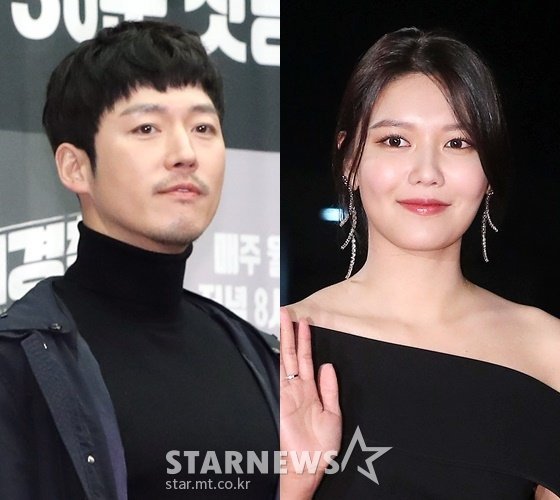 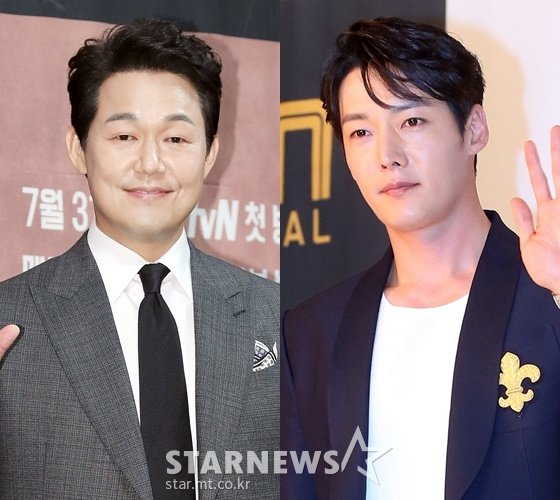 OCN declares the creation of a 'Korean Marvel' worldview this year with "Tell Me What You Saw", "Team Bulldog: Off-duty Investigation", "Rugal" and "Train". "Tell Me What You Saw" is a suspense thriller drama about a genius profiler who lost everything and a detective who remembers anything she sees once tracking down a serial killer they thought to be dead, starring Jang Hyuk and Choi Soo-young. "Team Bulldog: Off-duty Investigation" is a criminal action drama about a cooperation between eccentric outsiders who team up to solve crime by any means possible, starring Cha Tae-hyun, Lee Sun-bin and Jung Sang-hoon.

"Rugal" starring hero Choi Jin-hyuk and villain Park Sung-woong, is a human action hero drama about a former elite police officer who ends up losing not only his beloved wife, but also his eyes, and is accused of being a murderer. "Train" is another science fiction piece that might most likely cast Kim Jae-wook in it. OCN is also presenting, "Search", "So You", "Missing - Drama", "Dark Hole", "The Fifth Column - Drama", "Island - Drama" and "Miss and Mrs. Cops - Drama". 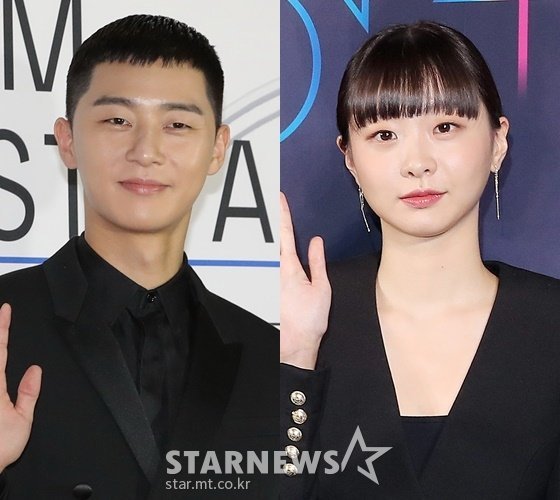 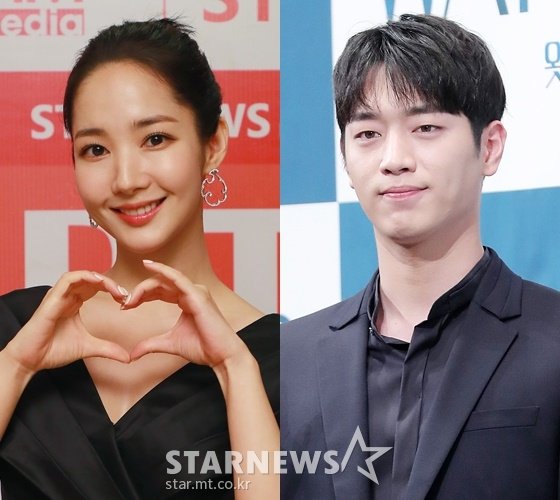 JTBC establishes a new Wednesday/ Thursday drama frame. The first runner-up of 2020 is "Itaewon Class". It is based on an original webtoon about a 'hip' revolt by stubborn and courageous youths living in this unfair world. It contains the starting of businesses of those who pursue freedom with their own values on a small street in Itaewon. Park Min-young, Seo Kang-joon as well as Lee Jae-wook and Kim Hwan-hee star in "I'll Visit You When the Weather Is Nice", a warm romance about a woman who goes back to her hometown for some peace, meeting her first love who runs a small book store there.

JTBC's signature 'passionate mystery romance' cuts the starting tape with "The World of the Married". It's Kim Hee-ae's first drama in 4 years about a couple's bond, which they believed to be love, falling into a vortex of revenge, as it is broken by betrayal. It's about the fierce revenge of a couple who strangle each other with all their might. "Graceful Friends", starring Yu Jun-sang and Song Yoon-ah, is a mystery drama about the perfectly peaceful life of a middle-aged man and his friends falling apart after a murder occurs in a new town where married couples in their 40s live together.

"Mystic Pop-Up Bar" is the first one to open the drama doors in jTBC. Hwang Jung-eum returns for the first time in 2 years as a bad-tempered woman, and Yook Sung-jae is her innocent part-time worker. "Did We Love?" is a romantic drama about a single mother of 14 years meeting four different guys with a different appeal starring, Song Ji-hyo, Son Ho-jun, Song Jong-ho, Kim Min-joon and Koo Ja-sung.

"The Good Detective" is about the race between people who want to get closer to the truth and those who want to cover it up starring Son Hyun-joo, Jang Seung-jo and Lee Elijah.

"2020 tvN, OCN, JTBC Drama Line-up"
by HanCinema is licensed under a Creative Commons Attribution-Share Alike 3.0 Unported License.
Based on a work from this source