"29 Years" by Kang Full will be made again 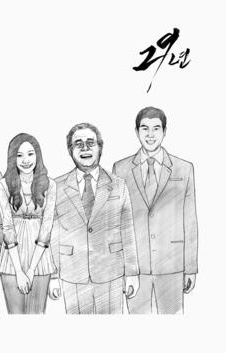 "29 Years" is based on Kang Full's original work "26 Years", which heated up the internet. It talks about families in Gwangju who get invovled in an attempt to assassinate the president after their loved ones die in the Gwangju Uprising.

Production was originally started in October of 2008 and director Lee Hae-yeong from "Like A Virgin" and "Foxy Festival" was to take charge. However, production was postponed and investments weren't that great so the movie was abandoned. The cast then included Ryoo Seung-bum, Kim Ah-joong, Byun Hee-bong and more.

According to movie related people, "29 Years" is being made again. Director Kwon Chil-in has the megaphone this time and the cast will change too.

The casting is still in process. Many movie industry players wondered if this movie would be saved, but apparently its picking up speed.

Meanwhile, the comic "26 Years" was posted on the Media Daum website and generated a remarkable number of clicks. Netizens were very disappointed when the movie initially stopped production and revealed hopes of it being made again in the future.

""29 Years" by Kang Full will be made again"
by HanCinema is licensed under a Creative Commons Attribution-Share Alike 3.0 Unported License.
Based on a work from this source