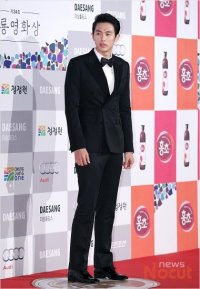 2AM member Im Seulong is testing his luck in acting by joining the cast of new TV drama "Personal Taste". At Monday's showcase where 2AM introduced the music drama and music video for their new release "I've Done Wrong", Im Seulong spoke about how he was nervous about acting in a TV show. He admitted that it was difficult for him, because he had never acted before. He had been a child actor, but said that he doesn't remember anything about the experience because he was so young.

In "Personal Taste" he stars opposite of Son Ye-jin of "My Wife Got Married" and Lee Min-ho of "Boys over Flowers" and plays a spoiled rich kid. In the meantime, 2AM will release a repackaged album, "I've Done Wrong", both on and offline and plans to continue dominating the music scene.