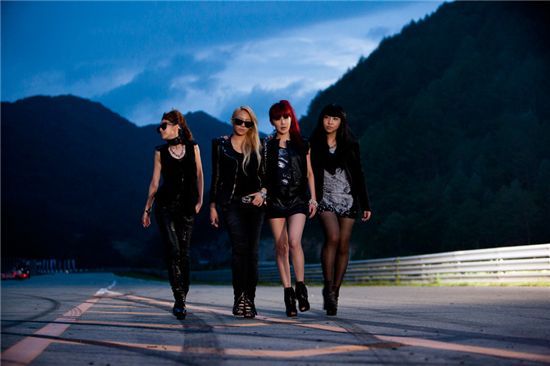 Songs "Can't Nobody", "Go Away" and "Clap Your Hands", all three the title tracks from 2NE1's first full-length album, have placed on the top three spots of various web-based music charts, according to the real-time charts of online music providers Bugs, Monkey 3, Dosirak and Melon.

The girls made a comeback to the music scene yesterday with the album titled "To Anyone" which was released locally and internationally through video channel YouTube and Apple's iTunes stores.

Earlier today, the music video for the song "Go Away" was unveiled on the group's official YouTube site.

YG Entertainment, the group's agency, had revealed the video for their other song "Clap Your Hands" on September 9, while "Can't Nobody" will be uploaded tomorrow.

Known as one of the most popular girl groups in the country, 2NE1 members CL, Bom, Minzy and Sandara, are known for their hits "Try to Follow Me", "I Don't Care" and "Fire".

They will be giving their comeback performance on SBS' weekend music program "Inkigayo" on September 12, singing their three title tracks.