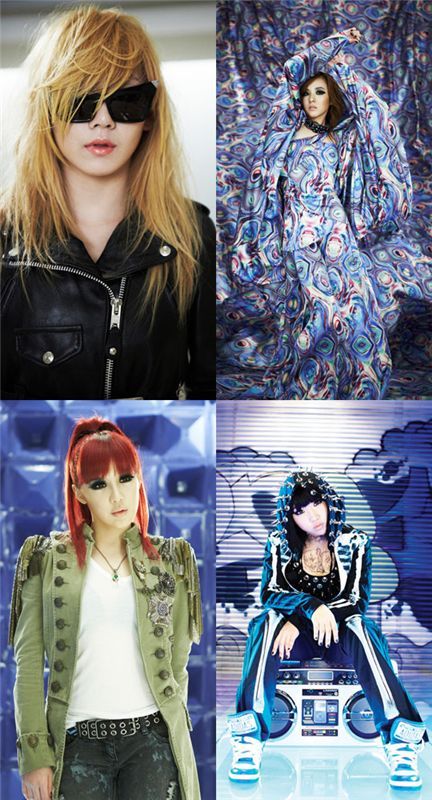 Korean idol girl group 2NE1 took over both of Mnet's music charts during the fourth week of September with their first full-length album.

On the albums chart, the girl group scored their second consecutive win with their first full-length release "To Anyone", while the original soundtrack for KBS' TV series "Sungkyunkwan Scandal" bowed into the chart in second place and re-entering the top three was DJ DOC's seventh full-length album "風流".

Known as one of the most popular girl groups in the country for their various hits and fashion, 2NE1 made their debut into the K-pop music scene last year with an appearance in a mobile phone commercial for LG with labelmates Big Bang.

The quartet made a comeback with their new album "To Anyone", which has topped numerous online and offline charts since its release on September 9. They recently held a showcase featuring their three music videos in 4D format.

"2NE1 takes over Mnet's charts with new album "
by HanCinema is licensed under a Creative Commons Attribution-Share Alike 3.0 Unported License.
Based on a work from this source