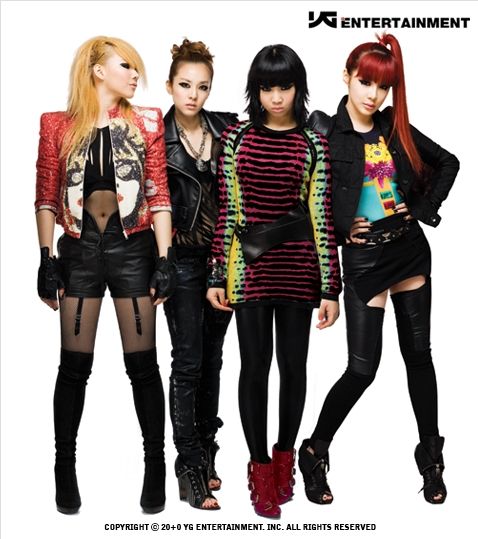 The girl group took the crown on KBS' Friday music program "Music Bank" with "Go Away", one of the three titles tracks they are currently promoting simultaneously, to make it their second consecutive win on the show after having claimed the week before with "Can't Nobody".

The quartet also grabbed their second Mutizen Award on SBS' Sunday show "Inkigayo" with "Can't Nobody". The girls were deemed the winners last week as well although the show itself did not air due to a special broadcasting of the Hallyu Dream Concert.

"We'd like to thank everyone for showing us so much support and we also want to thank the CEO of YG and the rest of the people at our agency", 2NE1 member Bom said in her acceptance speech on Sunday's show.

2NE1, composed of other members CL, Sandara and Minzy, made their music comeback with their first full-length album "To Anyone" on September 9.

"2NE1 takes over televised music programs with title tracks"
by HanCinema is licensed under a Creative Commons Attribution-Share Alike 3.0 Unported License.
Based on a work from this source