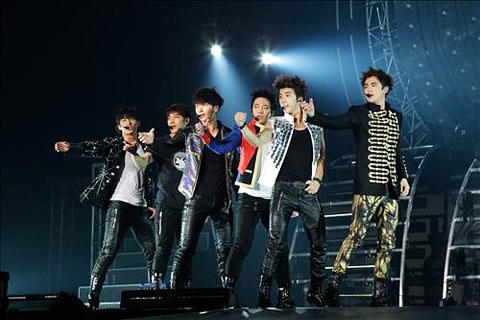 Star group 2PM began their first Arena Tour entitled "Republic of 2PM" at Osaka Hall in Osaka on December 5. In the midst of cheering from their 10,000 fans, they showcased splendid performances while singing their hit songs such as "Hot" and "Put Your Hands Up".

Taek Yeon said, "We have decided the title of this concert tour will be 'Republic of 2PM' because we wanted to announce our concept about the world in front of you". 2PM presented three title songs that had been ranked in the top four of the Oricon chart such as "Take Off", "I'm Your Man", and "Ultra Lover", hit songs in Korea, and the ballad entitled "Even If We Are Apart" that Joon Soo had made for their fans during the two-hour concert. 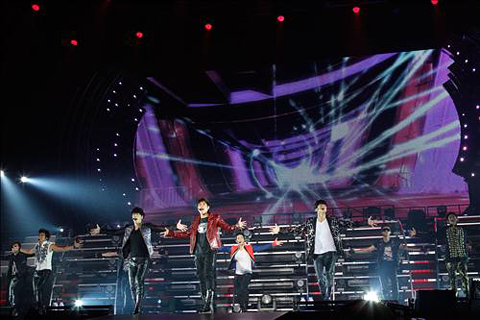 2PM will hold a total of nine concerts with 100,000 audience members in the six major cities of Japan including Nagoya, Saitama, and Tokyo. Their concert in Tokyo that will be held in Fudokan on December 21 will be broadcast live in 38 movie theaters and live concert halls nationwide. 2PM's first official album entitled "Republic of 2PM" was released at the end of last month, and it had ranked second on the Oricon daily chart by selling 25,765 copies during the first day of the album release.

"2PM Begins Arena Tour"
by HanCinema is licensed under a Creative Commons Attribution-Share Alike 3.0 Unported License.
Based on a work from this source