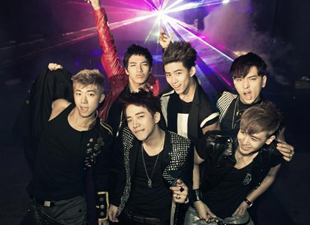 With the group's immense popularity, increasing demand for more stops during 2PM's "Hands Up Asia Tour" has been pouring in. And JYP Entertainment has granted the fans' wishes.

Not only was a second batch of tickets released for 2PM's Seoul concert, four additional countries were added to the lineup.

Following the Seoul show on September 2-3rd, the group will travel to Taiwan on October 8th, China on the 22nd, Singapore on November 19th, and Malaysia on the following 26th. More countries will soon be added and announced to the eager fans.

"2PM Extends Hands Up Asia Tour"
by HanCinema is licensed under a Creative Commons Attribution-Share Alike 3.0 Unported License.
Based on a work from this source