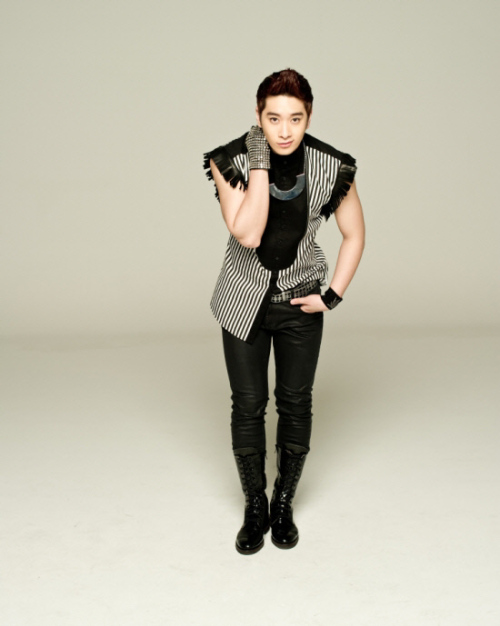 Hwang is starring in the romantic comedy "7th Grade Civil Servant" which is about the happenings between two agents in the National Intelligence Service and is based on the 2009 movie "My Girlfriend is an Agent". Joo Won and Choi Kang-hee have been cast previously as the leading characters and it will be released in January next year.

Hwang's character in the movie is the one that creates a three way romance with Seo-won (Choi Kang-hee) and Gil-ro (Joo Won). His gentle yet sharp and well-controlled characteristic makes him the ace of the agency and is the one and only special agent. His good looks and height present him well but the scars on his body hint that he might've went through a lot in the past.

Apple Tree Pictures say, "Hwang is an idol star that represents all idols but still has the spirit and seriousness as well as passion as any other rookie actor. He is working hard to prepare for this role".

Meanwhile, Hwang Chan-sung has starred in "High Kick!" and dramas "Jungle Fish" and such.

"2PM Hwang Chan-sung cast for "7th Grade Civil Servant""
by HanCinema is licensed under a Creative Commons Attribution-Share Alike 3.0 Unported License.
Based on a work from this source