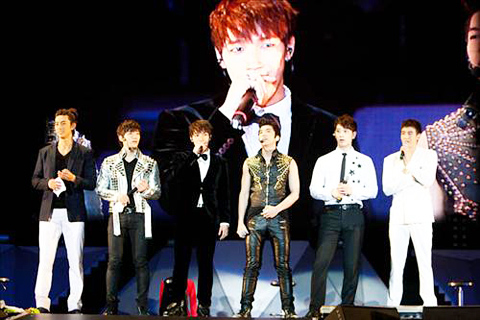 The idol group 2PM has finished their last concert of their Asia tour entitled "Hands Up" in Hong Kong, their agency JYP Entertainment said on March 12. According to JYP, around 9,000 audience members from various Asian countries came to 2PM's first solo concert in Hong Kong which was held at the Asian Expo Arena on March 10. 2PM heated up the venue by presenting their hit songs including the title song of their second album entitled "Hands Up".

In particular, Joon Soo sang the hit song "My Heart Is Hurt", which has been sung by Hong Kong's popular singer Jacky Cheung, receiving an ovation from many fans in Hong Kong. 2PM also distributed roses to the audience during their performance, which received an enthusiastic response. 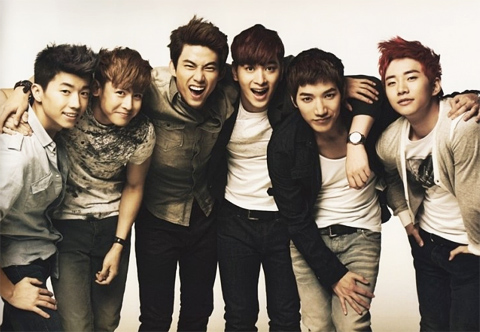 2PM closed their first Asia concert tour by holding their last concert in Hong Kong. They began the tour last year in September with a concert in Seoul and met a total of 160,000 audience members by visiting six countries during their concert tour. The group members said, "We have been very happy during the concert tour because we could meet our fans who love our music and spend an enjoyable time with them. We will definitely come to see you again with better performances".

2PM will hold a fan meeting event in Korea on April 1.

"2PM Successfully Finishes Asia Concert Tour in Hong Kong"
by HanCinema is licensed under a Creative Commons Attribution-Share Alike 3.0 Unported License.
Based on a work from this source