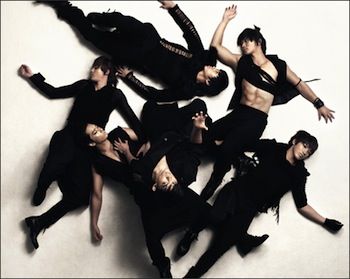 Managing company JYP Entertainment said two concerts will be held, one on July 31 and the other on Aug. 1 at the Olympic Park's Olympic Gymnastics Arena in southern Seoul.

The six-member group plans to sing some of their hottest singles at the performance, including "Again & Again", Heartbeat and "Without U".

In a move to emphasize the unique aspects of the group, the concert will highlight each of the individuals' talents.

"It's not just the hit songs that are going to debut live", said an official from JYP. "But each of the members is also preparing their own unique performance".

The major pop group arrived on the Korean music scene in 2008. Last summer the band faced controversy as lead member Jay Park left the group amid a scandal that he had complained about Korea and the pop music industry on his blog.

Park was not replaced and instead the group was effectively inactive until this spring, when they returned to the stage on the cable music channel Mnet. During that time, each of the members branched out to pursue solo endeavors.

Park is expected to return to Korea this month to film the b-boy film "Hype Nation 3D".

2PM is currently in the United States to make a guest appearance on the Wonder Girls tour that kicks off today in Washington D.C.
______________
Pop group 2PM has announced the dates for their first solo concerts since their debut in 2008. The group will play at Olympic Park on July 31 and Aug. 1.
/ Korea Times file

"2PM to hold first solo concert"
by HanCinema is licensed under a Creative Commons Attribution-Share Alike 3.0 Unported License.
Based on a work from this source