2PM tops weekly music charts with "Without U" 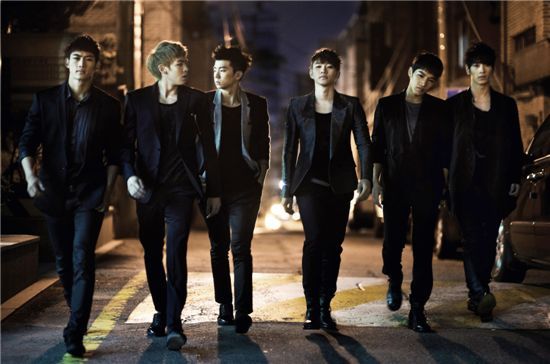 Korean idol group 2PM has topped several K-pop music charts this week with their latest single "Without U", triumphing over new hit tunes by Rain and Lee Hyori.

"Without U", the title track from the group's new album "Don't Stop Can't Stop", ranked at No. 1 on various music charts including Monkey3, Dosirak and Mnet for the week of April 19 through 25.

Meanwhile, music provider Monkey3 reported that "Chitty Chitty Bang Bang", the latest single from Lee Hyori, slid down to second place after spending a week at the top.

On Mnet's weekly chart, "Without U" claimed the top spot, followed by Monday Kiz's "Scatter" and "Chitty Chitty Bang Bang".

"2PM tops weekly music charts with "Without U""
by HanCinema is licensed under a Creative Commons Attribution-Share Alike 3.0 Unported License.
Based on a work from this source