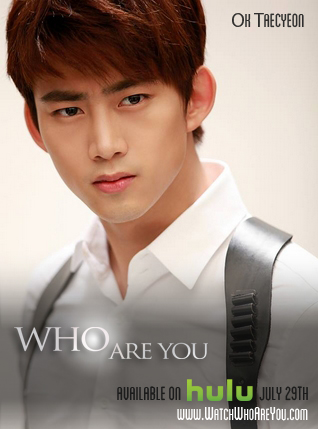 The much anticipated new drama "Who Are You - 2013" starring 2PM's hottest member Ok Taecyeon, Kim Jae-wook ("Coffee Prince"), and actress So Yi-hyun ("Cheongdam-dong Alice") will be available on Hulu for North American fans almost immediately after its July 29 premiere airdate in Korea!

"Who Are You - 2013" concerns the relationship between police officer CHA Geon Woo (Ok Taecyeon) and SI Ohn (So Yi-hyun), who must work together to solve cold cases with clues from the police department's lost and found center. CHA Geon Woo is a hard-bitten officer who only trusts the evidence directly in front of him, while SI Ohn, who lost six years of her life to an accident induced coma now has the ability to communicate with the other world, including her dead ex-boyfriend Hyun Joon (Kim Jae-wook). The development of the rocky relationship and supernatural love triangle is at the heart of this new take on the police procedural.

As a much-anticipated follow-up to the popular time travel fantasy drama "Nine: Time Travelling Nine Times" from spring 2013, this new drama from Korea's leading entertainment channel tvN has been generating great buzz among fans who've racked up over 400,000 views of the teaser trailer almost immediately upon its release.

The 1st episode of "Who Are You - 2013" will be available on Hulu from July 29th for North American viewers. To watch the series for free, visit www.hulu.com and search " Who Are You " to find the drama. For more information and photos about the drama go to: www.WatchWhoAreYou.com.

"2PMs Ok Taecyeon Starring In Fantasy Romance Drama Who Are You - 2013"
by HanCinema is licensed under a Creative Commons Attribution-Share Alike 3.0 Unported License.
Based on a work from this source