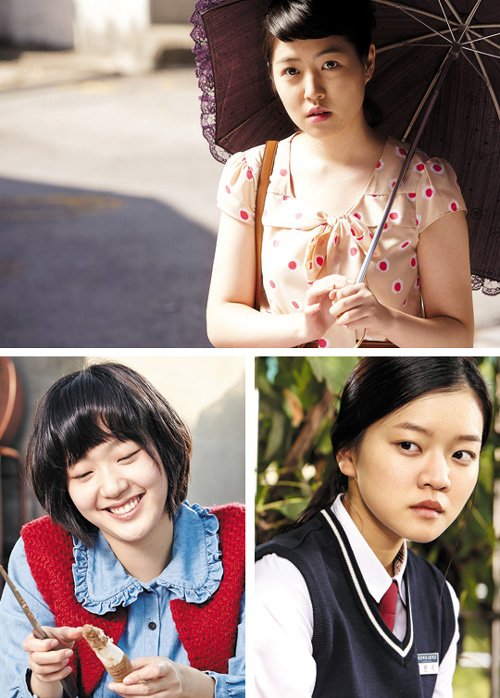 The struggle of Korean filmmakers to find actresses in their 20s who stand out from the bland crowd in the past two or three years seems to be over. Shim Eun-kyung (20), Kim Go-eun (23) and Go Ah-sung (22) are rising stars with real potential.

"Miss Granny" starring Sim has attracted 8.46 million spectators as of Tuesday this week. "Monster - Movie" starring Kim and "Thread of Lies" starring Ko were also released on Thursday. The three impressed with a strong presence carrying their films without a leading man to assist them.

Just two out of the top 20 Korean box office hits last year had a star in her 20s -- "Snowpiercer" which featured Ko and "Cold Eyes" starring Han Hyo-joo. It was the same two years ago, with only "A Werewolf Boy" with Park Bo-young and "Masquerade" featuring Han in the top 20 list.

Instead, the screen was dominated by established actresses in their 30s or 40s such as Han Ga-in, Jun Ji-hyun, Kim Hye-soo, Moon Jung-hee, and Uhm Jung-hwa.

Kim Ho-sung of Realies Pictures said, "The main reason was that young women in their late teens and early 20s all wanted to be in girl bands rather than go into acting. You can take up acting if you have some success in pop music, but girls who do that usually lack the talent for a lead role".

But Sim, Kim and Ko have distinguished themselves with their portfolio. Rather than choosing pretty, vapid parts in romantic comedies or melodrama, they play relative strong characters in thrillers, action films and drama.

They also limit their appearance in commercials. About 10 years ago, top actresses in their 20s like Lim Soo-jung, Jun Ji-hyun, and Son Ye-jin went into advertising as soon as they had become famous enough on the silver screen and rarely looked back because the money was better.

One film director said, "Actresses in their 20s used to be very cautious so as not to damage their prospects in the advertisement market. They preferred to appear on variety or fashion shows rather than having to work hard making films".

Kim Go-eun said, "I never thought about my image or potential endorsement deals when choosing the next film project. What worries me is what impact my appearance in commercials would have on my roles".

"3 Young Women Show Long-Missing Movie Star Material"
by HanCinema is licensed under a Creative Commons Attribution-Share Alike 3.0 Unported License.
Based on a work from this source