36 year-old stars, talent and visual all together 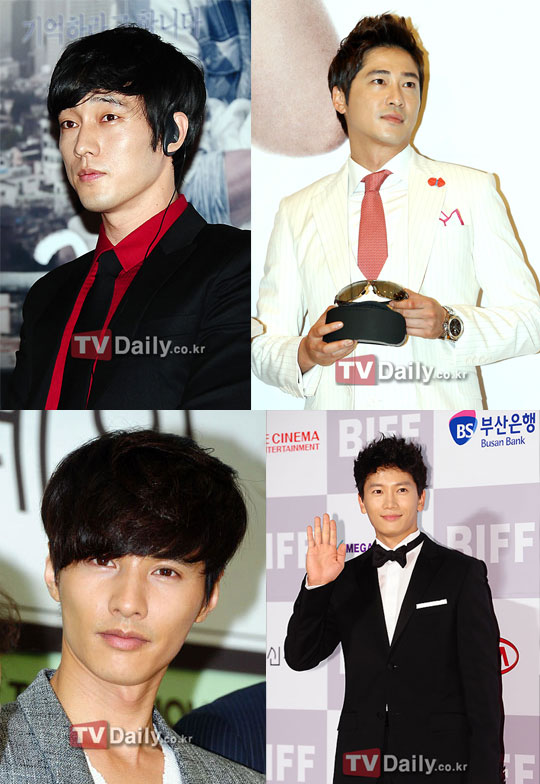 Who is 36 years old in the entertainment business?

A post recently came up on an online community website of actors Kang Ji-hwan, So Ji-sub, Won Bin, Ji Sung and other stars born in the year 1977. They are all born in the same year of the Snake and have beautiful visuals despite the age over mid-30.

Kang Ji-hwan who debuted with the 2004 musical "Grease", covered up his late debut with dramas "Capital Scandal", "Hong Gil-dong" and others. So Ji-sub, Korea's representative 'chic guy' can say "Sorry, I Love You" is one of his best dramas yet. The two also starred in the movie "Rough Cut" together as well.

Won Bin achieved popularity closer to a syndrome with the drama "Autumn in my Heart" and placed himself as a talented actor with the movies "The Man From Nowhere" and "Mother - 2009". Ji Sung did an outstanding job in the dramas, "New Heart" and "Royal Family".

Those who have seen the pictures say, "What happened in the year 1977", "They are all so good looking and talented", "They are stars indeed" and more.

"36 year-old stars, talent and visual all together"
by HanCinema is licensed under a Creative Commons Attribution-Share Alike 3.0 Unported License.
Based on a work from this source