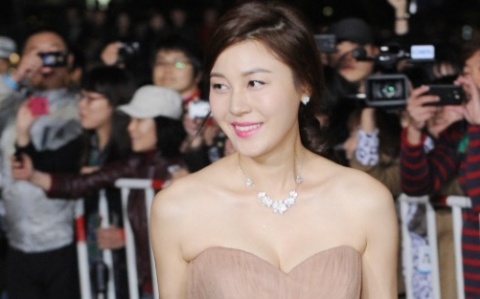 The red carpet was out and so were the bright lights and celebrities at the 48th Daejong Film Festival Awards which were held on Monday at the Sejong Center for the Performing Arts in Gwanghwamun, Seoul. The Best Picture Award went to Korean War Drama Go-ji-jeon or the "The Front Line" . Kim Ha-neul took home the Best Actress Award for her role in the murder thriller "Blind".

Won Bin won the Popularity Award while Lee Je-hoon was the winner of the Male Rookie Award. Guests got a treat of musical performances from Park Jung-hyun who brought along a diamond-studded mic stand vocalist Sung Si-kyung and idol group Girls' Generation.

"48th Daejong Film Festival Awards Highlight Year's Best"
by HanCinema is licensed under a Creative Commons Attribution-Share Alike 3.0 Unported License.
Based on a work from this source