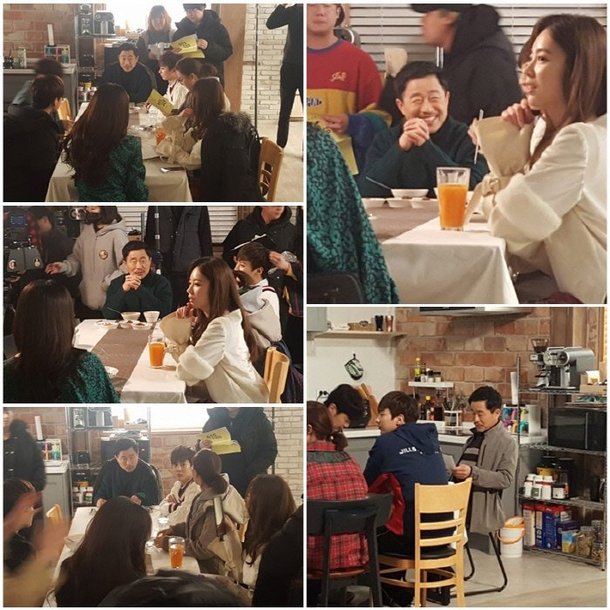 Stills of Lee Moon-sik were released.

Marathon Entertainment released stills of MBN drama "539 Yeonnam-dong" on the 21st. In the picture, Lee Moon-sik is rehearsing with the cast of the drama.

Lee Moon-sik plays Jordan, the owner of a singles' club-house. He used to travel the seas all over the world, but an unexpected separation in his marriage gave him a second chance in life supporting people who decide to remain single. He runs a share-house in Yeonnam-dong.

Lee Moon-sik is sitting at the head of the table and is leading the cast. According to a source on site, Lee Moon-sik is always generous and kind and everyone likes him.

""539 Yeonnam-dong" Lee Moon-sik's Leadership Makes the Set Lively "
by HanCinema is licensed under a Creative Commons Attribution-Share Alike 3.0 Unported License.
Based on a work from this source