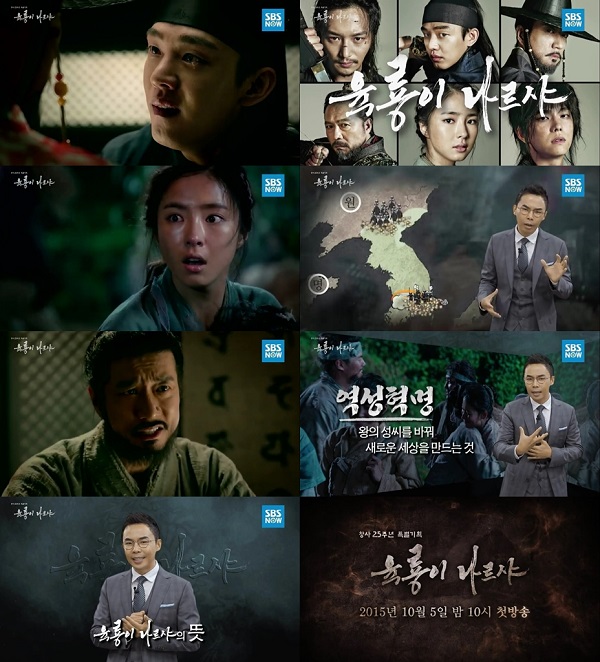 'Six Flying Dragons' has planned an air time for its 70 minute special show for Chuseok holiday.

While the first episode of the SBS' 25th anniversary special project, 'Six Flying Dragons' is scheduled to air on October 5th, viewers will be exposed to the drama through the special program for the first time.

'D-7 Six Dragons, Who are they?' has recorded the making of the drama for the last 100 days since the production kicked off and until now. The show will run for 70 minutes.

It is exceptional that a making story airs even before the drama has begun. The planning of the special show proves the confidence and anticipation of the production team on their creation, the two writers Kim Yeong-hyeon and Park Sang-yeon's powerful and clear view on history, the harmony of the trusted staff, and the flawless cast.

"70 minute special show of 'Six Flying Dragons' is set to air "
by HanCinema is licensed under a Creative Commons Attribution-Share Alike 3.0 Unported License.
Based on a work from this source