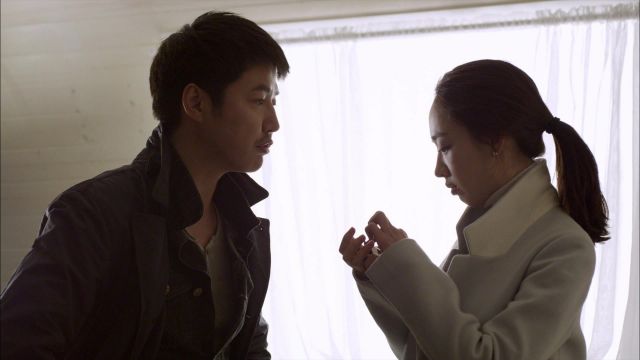 This week's focus: TvN's current thriller "Gabdong - The Serial Killer", starring Yoon Sang-hyun, Sung Dong-il, Kim Min-jung, Kim Ji-won, and Lee Joon. You might know TvN for being a powerhouse of romantic comedies and slice-of-live dramas, but they've really outdone themselves for their first major foray into the thriller genre.

Detective Yang Chul Gun (Sung Dong-il) will stop at nothing to catch the criminal – even if his methods continually pin the blame on innocent bystanders. Detective Ha Moo Yeom (Yoon Sang-hyun), branded as the son of the original "Gabdong - The Serial Killer" after his father is wrongfully accused, must fight all suspicion to find the true killer.

And, Lee Joon plays Ryu Tae Oh – a recently released psychiatric patient with an unusual interest in "Gabdong - The Serial Killer" and his "work". His flawless switching between adorable and creepy will keep you on the edge of your seat!

Each character has an unusual and terrifying backstory to keep viewers guessing as to where the plot is going and this is one drama that you will not get bored with – in fact, you will probably want to re-watch episodes to look for clues--it's all connected!
Airing every Friday and Saturday nights, this drama can be found exclusively on KDrama.com. Check it out – only 4 episodes have been aired so far, so you can catch up before the new episodes are released this weekend!

"A new streaming site dedicated to Korean media launched by Crunchyroll"
by HanCinema is licensed under a Creative Commons Attribution-Share Alike 3.0 Unported License.
Based on a work from this source