"A Thousand Kisses" gets a warning 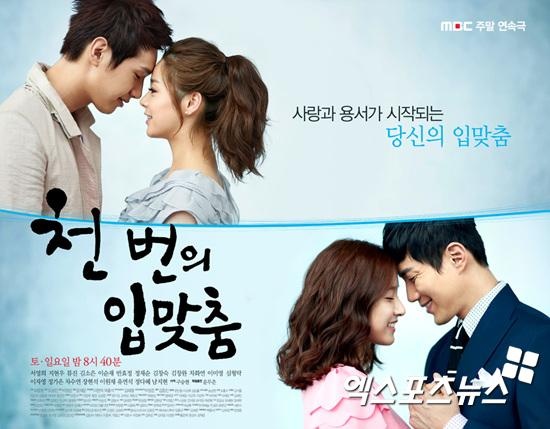 The MBC weekend drama "A Thousand Kisses" got a warning from the Korean Communications Commission.

In a general meeting of the KCC on November 3rd, "A Thousand Kisses" received a warning for its unethical development and indirect product placement.

About this disciplinary action KCC stated, "At a youth-heavy time slot, like the weekend, the drama shows unethical scenes and stories, such as trying to accept an abandoned woman as a daughter-in-law, or another daughter being in a relationship with a nephew".

"They are also repeatedly displaying a certain supporter through lines and screen time, displaying them so much that it has an advertisement effect".

The most recent episode of "A Thousand Kisses" shows Joo-mi and Woo-jin's sweet honeymoon and Joo-young and Woo-bin's love creating conflict within the family.

""A Thousand Kisses" gets a warning"
by HanCinema is licensed under a Creative Commons Attribution-Share Alike 3.0 Unported License.
Based on a work from this source