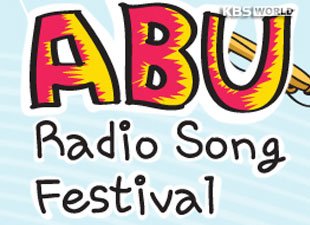 A competition featuring amateur singers from the Asia-Pacific region will be held at KBS Hall in Seoul on Thursday.

The ABU Radio Song Festival, which is being hosted by KBS, will see 13 musicians from member countries of the Asia-Pacific Broadcasting Union (ABU) compete, including two teams from South Korea.

The musicians will all be performing original songs.

"ABU Radio Song Festival to Open Thursday"
by HanCinema is licensed under a Creative Commons Attribution-Share Alike 3.0 Unported License.
Based on a work from this source