Actor Gong to Model for Ohui 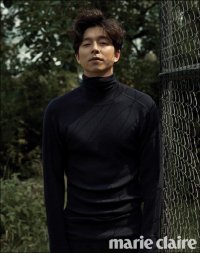 Actor Gong Yoo, 28, who starred in the recent popular TV series, "Coffee Prince", will show off his princely charm, modeling products for the LG Household and Health Care cosmetic line, Ohui For Men.

Gong was chosen for the job because of his gentle and sophisticated image, according to the cosmetics maker.

"Gong Yoo's strength is that his style is luxurious and aristocratic, yet he has an easiness to him that doesn't make him difficult to approach", LG Household and Health Care said.

The heartthrob actor will feature in an Ohui For Men commercial that will air early October. "In this commercial we will capture the hearts of men, not to mention women, with a gentle and warm image that only Gong Yoo can present", the company said.

"Actor Gong to Model for Ohui"
by HanCinema is licensed under a Creative Commons Attribution-Share Alike 3.0 Unported License.
Based on a work from this source