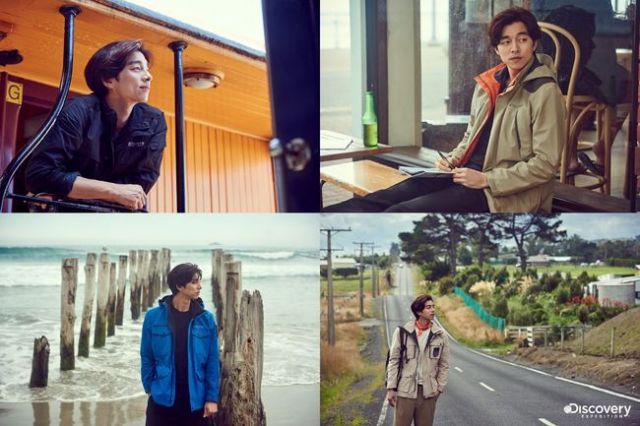 Actor Gong Yoo revealed some news about his recent activities.

In the pictorial, he looks relaxed enjoying the trip on a train in Dunedin, the South Island of New Zealand.

While he is busy in the middle of filming movie "A Man and A Woman", he has made a short break and has flown to New Zealand to shoot the pictorial in the relaxed setting. Boarding on a train or walking along by the seashore, he could spend some time in the nature.

Gong Yoo is staying in Finland filming movie "A Man and A Woman" with Jeon Do-yeon, a classic love story, where the two fall in forbidden love.

"Actor Gong Yoo models for outdoor goods, his pictorial from New Zealand "
by HanCinema is licensed under a Creative Commons Attribution-Share Alike 3.0 Unported License.
Based on a work from this source