Actor Kang Ha-neul in "DongJu, The Portrait of a Poet" 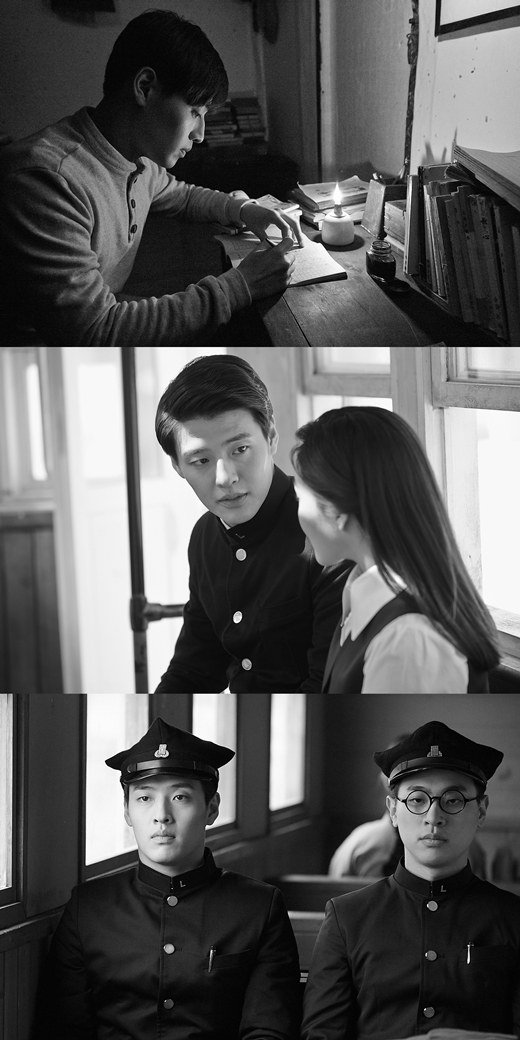 Kang Ha-neul can be said to be the best actor when it comes to portraying youth these days. He played Lee Hyo-sin in "The Heirs", Jang Baek-ki in "Incomplete Life", Booma Jin in "Empire of Lust" and Kyeong-jae in "Twenty".

Kang Ha-neul is another youth in "DongJu, The Portrait of A Poet". He is Yoon Dong-ju, a young man who dreamt of being a poet during the Japanese Invasion when name, language, dreams and everything else was under control.

Yoon Dong-ju was passionate about becoming a poet. However, Song Mong-gyu (Park Jung-min) provoked his inferiority. Song Mong-gyu was a lifetime friend but was a step ahead of Dong-ju in various ways.

Yoon Dong-ju is remembered as a great poet today. Kang Ha-neul plays the poet Yoon Dong-ju in his 20s. Yoon Dong-ju was full of sensitivity and he thought the language of people was beautiful. He was discouraged when he compared the reality of himself to the ideal poet he dreamt of becoming. He had to look up to Song Mong-gyu who has always a step ahead of him. This movie portrays Yoon Dong-ju not as a poet but as a human.

Kang Ha-neul approaches the audience not as a character but as a young man and succeeded. "DongJu, The Portrait of A Poet" won't leave the expression that Dong-ju was a great poet.

Kang Ha-neul went through a diet to be the Dong-ju that eventually dies in a prison cell. He also shaved his head for the scene where his head is shaved by the Japanese. Thanks to Kang Ha-neul who sacrificed himself for Yoon Dong-ju, we have "DongJu, The Portrait of A Poet" today.

"Actor Kang Ha-neul in "DongJu, The Portrait of a Poet""
by HanCinema is licensed under a Creative Commons Attribution-Share Alike 3.0 Unported License.
Based on a work from this source