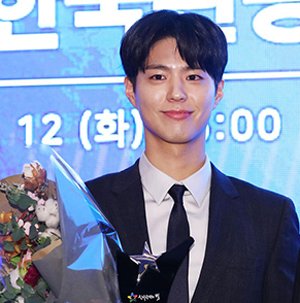 Park received the award with 12 other winners chosen by the Ministry of Culture, Sports, and Tourism and the Korea Tourism Organization.

Park rose to stardom after appearing in a couple of hit TV series such as "Answer Me 1988" and "Moonlight Drawn by Clouds", and enjoyed huge popularity overseas as they were also aired in Asian countries.

"Actor Park Bo-gum Receives Award for Promoting Korean Tourism"
by HanCinema is licensed under a Creative Commons Attribution-Share Alike 3.0 Unported License.
Based on a work from this source