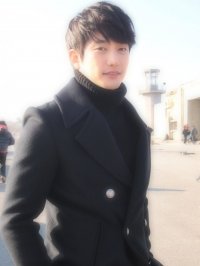 Actor Park Si-hoo will host his first ever fan meeting with the launch of his official fan club. The fan club opening event will be held near Hongik University next month on the 2nd. Approximately 200 fans will attend the event which will feature Kang Yoo-mi as the emcee and guests Choi Jung-won-I, Baek Sung-hyun, Namolla Family, and others.

Park Si-hoo says, "I am excited and happy to be able to have an opportunity to meet my fans who have been my greatest supporters. I hope to make it an unforgettable and enjoyable time".

Park Si-hoo starred in "How to Meet a Perfect Neighbor" which ended in September and has recently been selected as the model for 'DHC for MEN'.