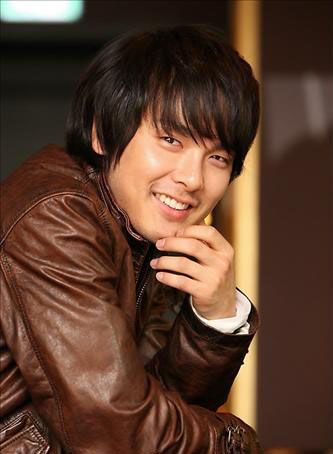 People in the entertainment industry have been shocked by the news of Hallyu actor Park Yong-ha (33)'s death and they all said, "It is hard to believe".

In particular, people are responding that they cannot understand why he committed suicide in a situation where he is planning to film a new drama from the end of next month and he is actively performing as a singer in Japan.

Park Yong-ha's close friend working in the music industry said, "I could not feel any psychological anxiety from him when I talked on the phone with him on June 28. We actually had plans to meet yesterday, but we could not see each other, and I heard that he would visit Japan today due to his schedule in Japan. Then, how could this kind of thing happen to him?" But, he disclosed that Park Yong-ha used to take sleeping pills as he could not sleep well at night. He said, "I do not know whether he had suffered from depression, but I know that he usually depended on sleeping tablets for sleeping at night; he was in distress as he could not sleep well".

Writer Kim Eun-sook, who worked with Park Yong-ha when he appeared in the drama "On Air", also said, " When we talked on the phone about twenty days ago, he was very happy about beginning filming a new drama. He had a very pleasant voice at that time. Is it true that he died? I really cannot believe it".

Park Yong-ha had actively participated in performances in Japan as a Hallyu actor and singer, and he also appeared in the movie "The Scam" and the drama "The Slingshot" in Korea last year. He had also shown enthusiasm about his new drama "Love Song - Drama", which will begin filming from next month.

One of the production staff members of "Love Song - Drama" said, "I do not know how a person with no problems can do such thing. He was actually very busy with performing in Japan and Korea and he came and went between the two countries. Everything had been going very well with his works, so I do not know what happened to him".

People in the entertainment industry mostly said that they do not know whether he suffered from depression or not, but they all agreed that Park had been under pressure due to his father's struggle against stomach cancer and the establishment of his own entertainment management company.

A person in the entertainment industry expressed his opinion, "After Park Yong-ha personally established the management company, he might have suffered from the heavy responsibility involved in running the company. Also, he must have had anxiety about his popularity because even though he is very popular right now, he could lose that popularity some day".

Actress Song Yoon-ah, who acted with Park in drama "On Air", said, "I had a bad dream today, and I finally came to hear this bad news about him. I had received his phone calls from Japan..". She was choked up and could not continue to speak.