Actors with 'honey vocal cord' in their 20s/30s 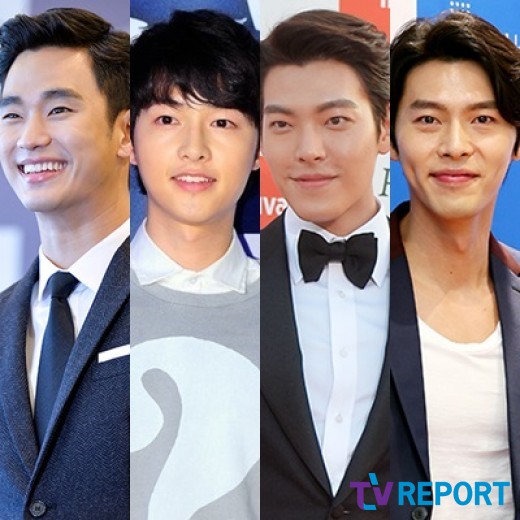 'Honey vocal cord' as in sweet voice is an important charming appeal for actors to have.

Attractive voice highlights emotions in acting by delivering them more vividly and makes audience focus more on his acting. The young actors in his 20s and 30s with the sweet voice as well as the charming look are 'perfect guys'.

Kim Soo-hyun is considered to be an actor who was born with 'melo-genes'. We can safely say that his long fingers contrasted to his small face, and his sweet voice are the major contributors for the well-deserved fame. Anyone can easily fall in love with Kim Soo-hyun's clean and calm voice. He also has excellent singing talent inherited from his singer father. Because of his musical ability and the sweet voice, his singing melts women's hearts.

Kim Soo-hyun made his name recognized by the public for his role in MBC's "The Sun and the Moon". The famous line from the drama, 'You told me to forget you, but I could not' narrated in his sweet voice is still being remembered by many of the drama fans.

Writer Park Ji-eun's dramas are characteristic with memorable narrations. Kim Soo-hyun's voice conveyed the emotions very well. His role, Do Min-joon in SBS 'My Love from the Star' captivated women's hearts and Baek Seong-chan's voice in "Producers" also couldn't be any sweeter although the role was a timid rookie producer.

Song Joong-ki's voice also sounds attractive as if it's dipped in honey. His sincere and deep voice works better to captivate women's hearts than his flowery handsome face. His clear and articulate pronunciation is derived from his extracurricular activity in a broadcasting club during his college life. His strong voice shined in period dramas such as SBS' 'Deep-rooted Tree' and KBS 2TV's 'Sungkyunkwan Scandal'.

When Song Joong-ki starred in movie 'Wolf Boy', he made growling and Howling sound most of the time without many scripts, there was a review that even those sounds he made were attractive. He also donated his voice talent as well as participated in MBC's masterpiece documentary 'Tears of the Antartic' and other movies as a narrator. His sincere and deep voice is considered to be a standard for narration.

If you want to name one as a Korean Benedict Cumberbatch, it's probably actor Kim Woo-bin in terms of his handsome face and sexy voice. Kim Woo-bin's voice is deep and echoic. With each of his famous lines in "The Heirs", he made viewers' heart pound. He also showed off his voice when he hosted Mnet's 'M Countdown'.

Hyun Bin's voice is the softest among these four actors. If the voice by the three actors mentioned above is like Caffè Americano, Hyun Bin's voice is like Caffè Latte. He delivered warmhearted emotion when he narrated for MBC's documentary 'Tears of Africa'. Hyun Bin also played the role Jeong Ji-oh in KBS 2TV's 'Worlds Within' and touched viewers' hearts by delivering the realistic emotions conveyed in his sweet voice.

" Actors with 'honey vocal cord' in their 20s/30s"
by HanCinema is licensed under a Creative Commons Attribution-Share Alike 3.0 Unported License.
Based on a work from this source