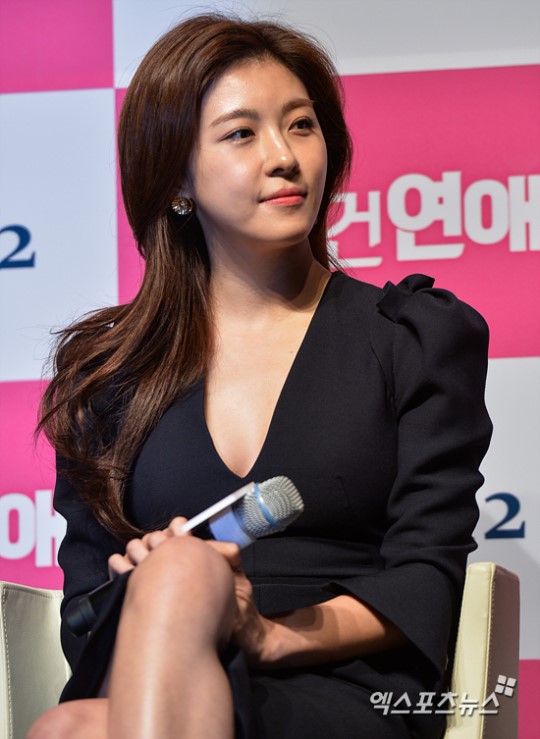 This will be actress Ha Ji-won's first time acting in an detective concept movie.

She attended the opening press conference for "Life Risking Romance" on November 17 in Gangnam alongside director Song Min-gyoo and actor Chun Jung-myung.

Ha will play the role of Je-in, a clumsy detective novel writer who dreams of being a best seller writer.

During the opening conference, she was asked if she would had changed her acting style.

She answered that it was her first time doing a detective style film.

"The role and the storyline is something I've never done before and is also something that I've always wanted to do. There are no big acting changes. I just had a lot of fun while filming it", she added.

The movie is expected to release in December.

"Actress Ha Ji-Won to Have Fun with First Investigation Role in Movie "Life Risking Romance""
by HanCinema is licensed under a Creative Commons Attribution-Share Alike 3.0 Unported License.
Based on a work from this source