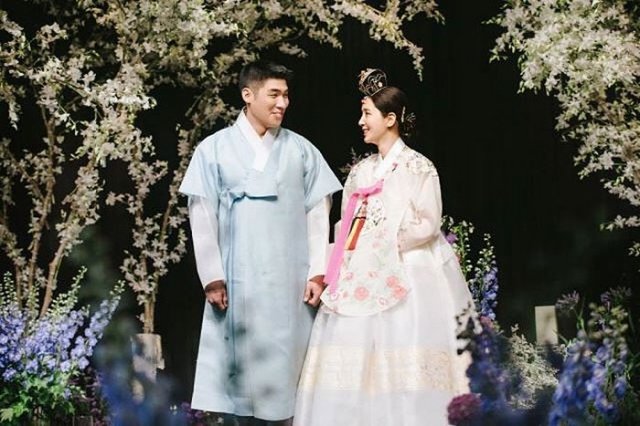 Actress Han Chae-ah tied the knot with Cha Se-jji, a son of football legend Cha Bum-kun, at a hotel in Seoul on Sunday.

They admitted being in a relationship in March last year and announced wedding plans this March followed by the news of Han's pregnancy a month later. 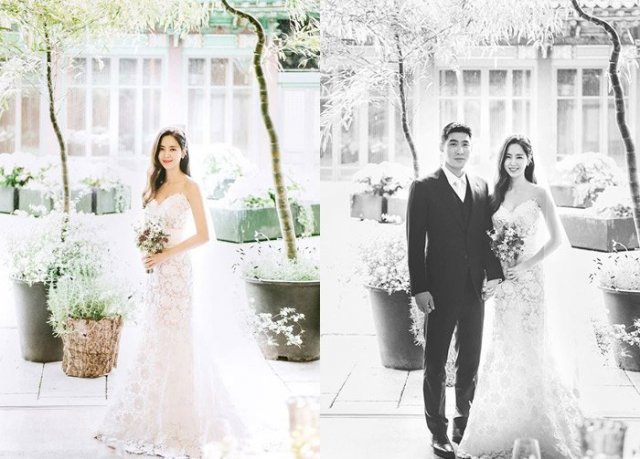 Han's management agency Mystic Entertainment released wedding photos along with a statement saying, "We thank all those who wished them well".