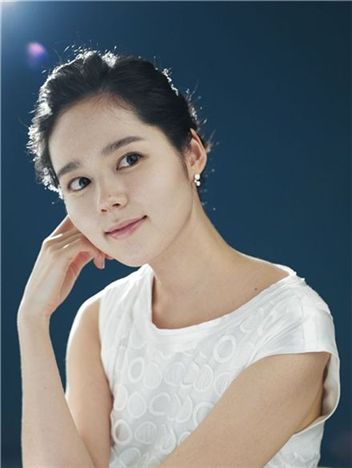 Starlet Han Ga-in will return to the small screen for the first time in three years, starring in a new SBS drama titled "Bad Man" in May.

Her agency J. One Plus Entertainment said Thursday that the actress has high expectations for the drama and is practicing for her role opposite actor Kim Nam-gil of last year's MBC TV series "Queen Seon-deok" fame.

Han will play a character who is tough, realistic and will use her charm to any extent in order to climb the social ladder.

"Bad Man", set to go into shoot starting February 10 in Nagoya, Japan, will be headed by Lee Hyeong-min who is famous for producing hit dramas "Sorry, I Love You" and "Queen Seon-dok".

The drama will also be co-produced by Good Story and ACC (Asia Contents Center Inc.), an affiliate of Japan's major broadcasting company NHK. The show had already been sold to ACC during the planning stages.

The 28-year-old actress made her debut in 2001 through KBS TV series "Sunshine Hunting". Since then she has starred in several dramas including "Yellow Handkerchief" and "Super Rookie". She married fellow actor Yeon Jung-hoon in 2005.

"Actress Han Ga-in to make small screen comeback"
by HanCinema is licensed under a Creative Commons Attribution-Share Alike 3.0 Unported License.
Based on a work from this source