Actress Jo to wed in April 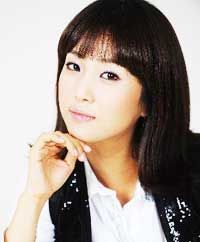 Actress Jo Hyang-gi will marry her boyfriend of one year on April 30, her agency announced on Wednesday.

The 32-year-old met her groom-to-be, An Tae-min, a corporate worker, through a mutual friend. The two are due to marry at a church in Bundang, Gyeonggi Province, and Kim Tae-woo, a former member of K-pop group g.o.d., and singer Park Ki-young will sing at the ceremony.

Jo made her debut as a model in the 1998 SBS Super Model Competition and has since appeared on various TV and radio programs. She is currently playing the role of Tae-sun in the MBC soap opera "Gloria".