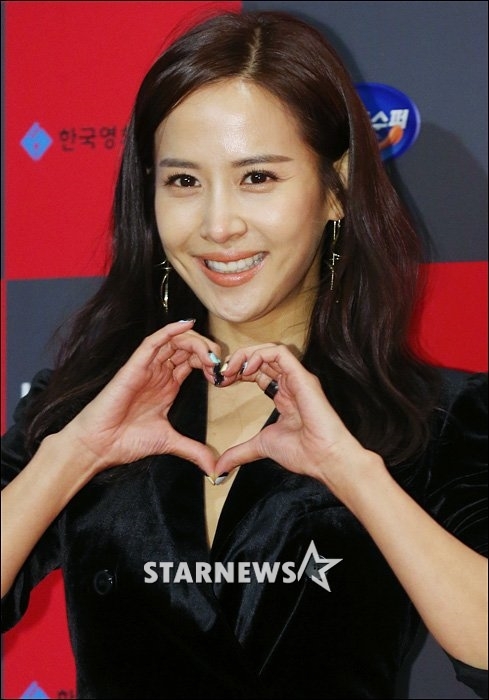 On January 29th, actress Cho Yeo-jeong was awarded Best Supporting Actress of the Year from the Film Awards of the Year hosted by Korean Film Reporters Association, for her role in "Obsessed".

Cho Yeo-jeong said during her acceptance speech, "There were times I was afraid of even reading a news article each time after I finished a movie. But later I learned to be able to wait for it anticipating what story I could deliver this time. I'm very happy and grateful I could even receive an award now".

She also asked, "I'd like to ask you for your affectionate support as to how I lead my acting career further from now on"

"Obsessed" is a film that depicts a dangerous love between a military instructor, Kim Jin-pyeong (Song Seung-heon) and his subordinate's wife, Jong Ga-heun (Lim Ji-yeon). Cho Yeo-jeong showed an excellent acting performance wifh her role of the elite soldier, Kim Jin-pyeong's wife, Sook-jin, who finds out the love affair between her husband and another woman.

The Film Awards of the Year hosted by Korean Film Reporters Association is to celebrate the achievement of Korean film industry for the past year and support the people in the movie industry who work hard even under the touch environment. The award winners were selected through the vote by the reporters of the Korean Film Reporters Association, which included Korean films as well as foreign films released during 2014.

"Actress Cho Yeo-jeong awarded Best Supporting Actress of the Year"
by HanCinema is licensed under a Creative Commons Attribution-Share Alike 3.0 Unported License.
Based on a work from this source